This is what was happening. I’m driving along and the car would stall (stop) and the main contact would drop out (open) and the car would stop. You let of the throttle and go again and everything is back to normal. I thought it was a throttle that was going bad. So David sent me his nifty throttle tester. (I’ll do a video of that later) I hooked the throttle tester up and it showed my throttle was just fine??? So in David’s test stuff was a brand new throttle. And a extension cord so you didn’t have to install the throttle to test a new one. You could simply operate the new (test throttle by hand inside the car) Well after installing the new test throttle the car was still stalling out and giving me the code 11. So I put new T-4 controller from another car in my car and Again no change?? Scratching my head, David said that people had said “E-Brake switch & Ignition” were Possible suspects. So I jumped out the E Brake switch & that didn’t fix anything. Mike had suggested the ignition switch (I just happened to be talking to him on the phone)

Right when he said it I was like “Boom”that’s gotta be it. My factory ignition switch is/was quite loose in fact you could pull the key out even with the key in the On position.

Simply holding the ignition switch all the way forward as I test drove gave me NO stalling that seemed to prove to me it was just a bad ignition. So off to Napa parts for a New ignition switch. They only had the KS6115 (this one is to large to fit in the column location) on the newer cars. the KS6040 is smaller and will fit in the factory location. But Napa didn’t have the smaller on so I had to re-locate the switch to the lower dash. Worked out fine.

So b4 you rush out and buy a $400 factory gem throttle test these 2 items. 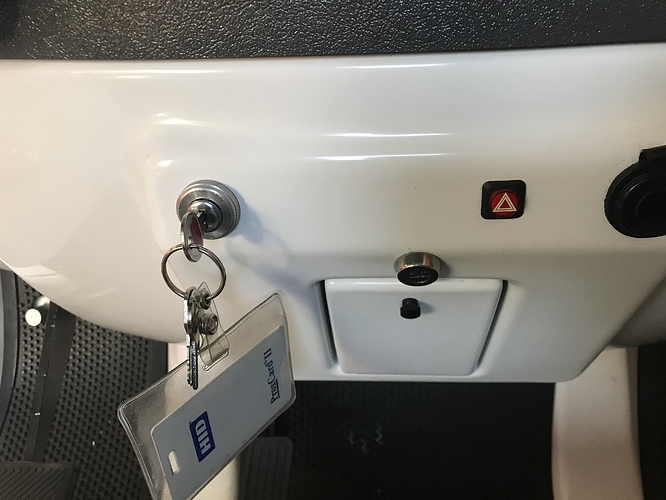 If someone else has a throttle issue in need of testing, @grantwest can send the parts direct to save return shipping to me.

Those key switches weren’t designed to support the weight of the keys from all your toys ,Grant . 3 Gems , 2 houses . 4 cars , 2 boats , Segway . Private jet , Penthouse office , Key to the city , Chastity belt for your Victoria Secret girl friend , Helicopter , Submarine . Did I miss anything ?

^^^ LOL at Mike. I guess the Hurricane has not effected you, that’s great news. Thanks for your help. And also to David. I’m gonna make a YouTube video of the extension cord & the LED light tester that shows if you have a bad throttle. It’s cool that we have Dave that makes cool stuff like this. As a LED light junkie the tester is just a cool fun thing to play with

Or maybe Grant is just so unstable with his foot that the accelerator is confused?

That’s not it. With Grant it’s on or off.

Ran an auto repair for several years and seen that with kids that thought it was cool to put half of what they own on the key ring. 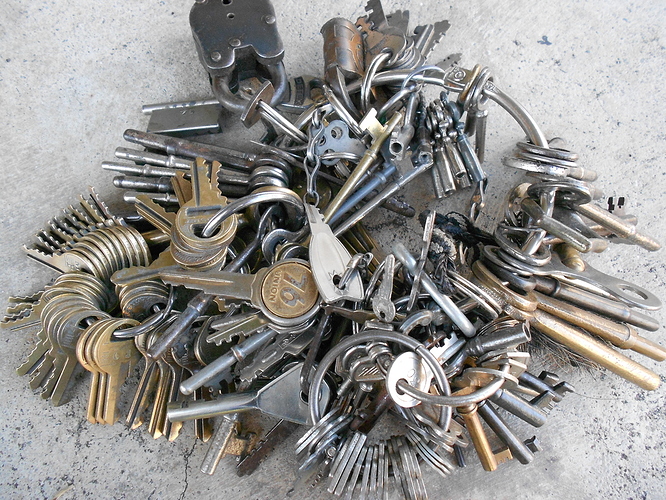 LoL Mike what did you have to put into Google to come up with that image. I do remember seeing a post from Innovation motorsports where he had a giant collection of Gem Car keys

The keys at the bottom right corner of the picture must be for the GEMs made for the Pony Express Service.

Sorry to disappoint only 3 keys in this car.

The New ignition switch allows you to turn the car ON and remove the key? 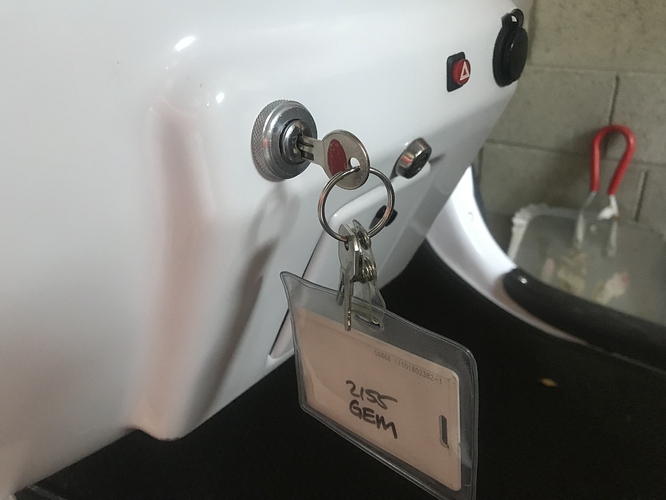 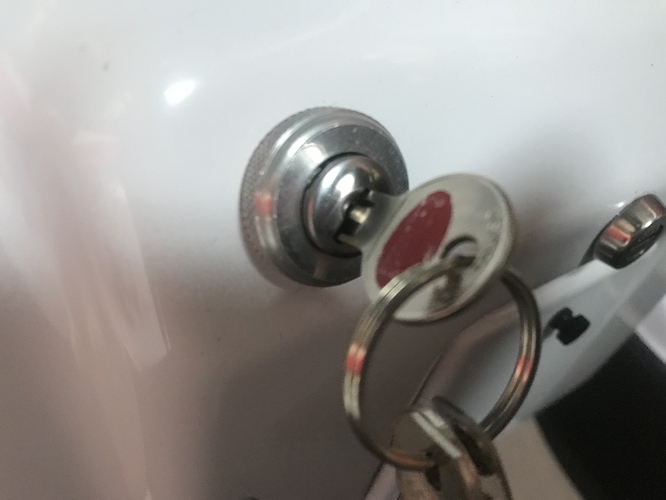 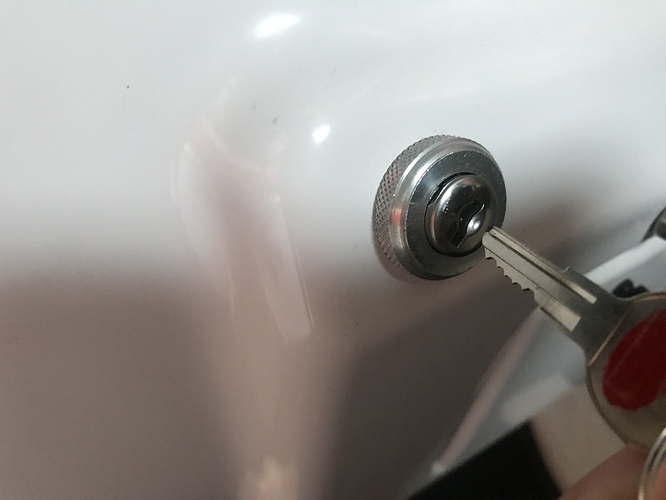 I didn’t think I was going to like it. What is working out for me . This way I don’t have to turn the car off to take my key out and swipe the card reader at the HOA gate

I’m jealous of your hazard switch. Mine is missing the cover and a new switch is silly expensive.

I had the same issue but it was the E brake switch.

You need a Hazzard light switch? 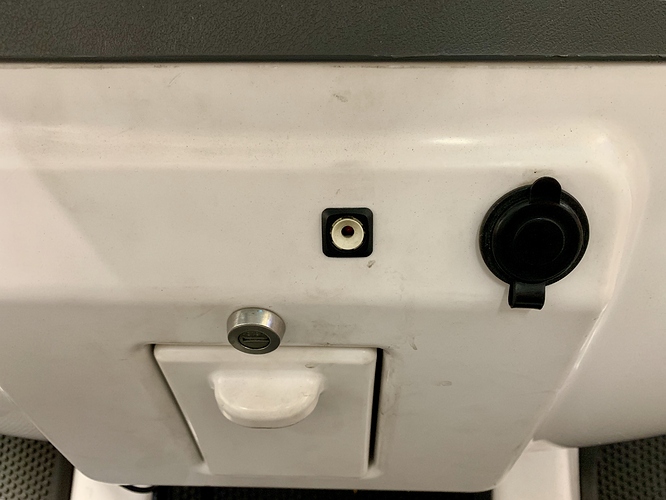 I need a new hazard light switch!Haven’t even tried to locate one though. @Grantwest, do you have one I could purchase?

Sure I’ll take my switch out and sell it to you!

Ok on serious note. Let’s try and source the hazard button. E6 is taking about I’m sure it’s a off the shelf part that can easily be purchased. David is the man when it comes to finding switches and connections. Let’s get David involved. He will find this swatch and have a link in Mins