Hey anyone have a Gem with a Factory Stereo? 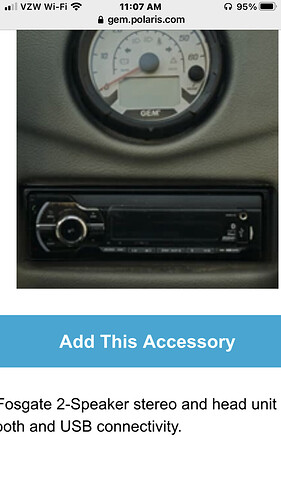 I do have one but not sure if that’s the brand, I can take a picture tomorrow and send it to you

That would be great. The part number I got off the radio is 2414958. And that’s the Entire unit.
I just need a faceplate. Rockford Fosgate said that the 2414958 is a Polaris part number. If I could get the Modle Number on the face plate I could possibly order a new faceplate

Good timing on this ask as I was just thinking about my future sound setup. My 2016 I’m working on doesn’t have a stereo. I was considering doing a bluetooth sound bar instead of a traditional head unit and speakers. Anyone else done this in their gem? Recommendations, tips, tricks?

Ok well let me share some info. On the 2016+ Cars. The inside of the dash has a metal skeleton structure that supports the Grey plastic portion of the dash. This metal structure also supports the Head Unit at the back. Now the messed up thing is you have to use Polaris’s stupid head unit cause they made the Structure for the exact size of the Polaris head unit. Let me explain more. All traditional head units have a pretty standard depth. Let’s say 8 inches deep. The Polaris Rockford Fosgate head unit is like 1/2 the depth of a traditional head unit. So if you were thinking about getting a new aftermarket head unit you’re going to have to cut and modify the metal structure to install a non-Polaris head unit. It’s not a deal killer but it is a pain in the ass stupid design.

Ok Back to your question about a sound bar.

Sound bars are Nice, But IMO they are designed to have sound blasted into and threw a helmet and overpower the sound of a loud gas motor. A traditional sound system (2 speakers and a head unit) is gonna have a real real hard time produce music Loud and clear under typical UTV conditions. And that’s where a sound bar is gonna exceed Cause that’s what the sound bars were made for.

But in a Quiet Gem car you don’t have to wear a helmet and you don’t have a loud motor to deal with. So you can get away with a traditional sound system no problem.

I used to have a Wetsounds Stealth 10 sound bar. It was super loud and clear. Did I ever use it with in 1/2 of what it could do? Never! Plus a sound bar need to have a Sub.

The other cars I have had all used traditional high power head unit with 2 or 4 speakers and they sound great.

But what I can recommend and love more then either is a JBL party box 100. It’s a battery Powerd boom box, you plug it into the wall to re charge but it lasts a good 10-12 hrs. And you can take it out and bring it where ever the party is. I use the hell out of it. And it sounds better then anything

Ok… sounds like head unit and speakers it is! I did a fusion marine head until in my legacy gem and that worked well. I think it’s about 1/2 the length of a traditional unit. Is there a good place to install 4 speakers? Looks like there are cutouts in the dash… not sure about the rear. (Still don’t have my car back yet)

Quality marine, lifestyle and watersports stereos, speakers, subwoofers & amplifiers that have been setting the benchmark for marine entertainment since 2005.

I have just started to look at an aftermarket radio option for my 2016 Gem.

I didn’t know about the metal structure behind the gray plastic. I definitely don’t want to cut anything. So maybe these head units with WAY less depth make a lot of sense. I don’t need a CD player. The Bluetooth streaming and USB port will provide plenty of options to me for sound.

I also kinda dig the traditional style of head unit and a couple speakers.

Walmart had three diff half sized models. Brands were Dual, Kenwood and JVC.

Be aware that if you plan to use the stock location for the head unit, you only have like 4" of depth before you hit a mounting bracket. You will need a slim model head unit.

I bought this one - don’t buy this one, I am not happy with it at all. But this is an example of a shallow unit. 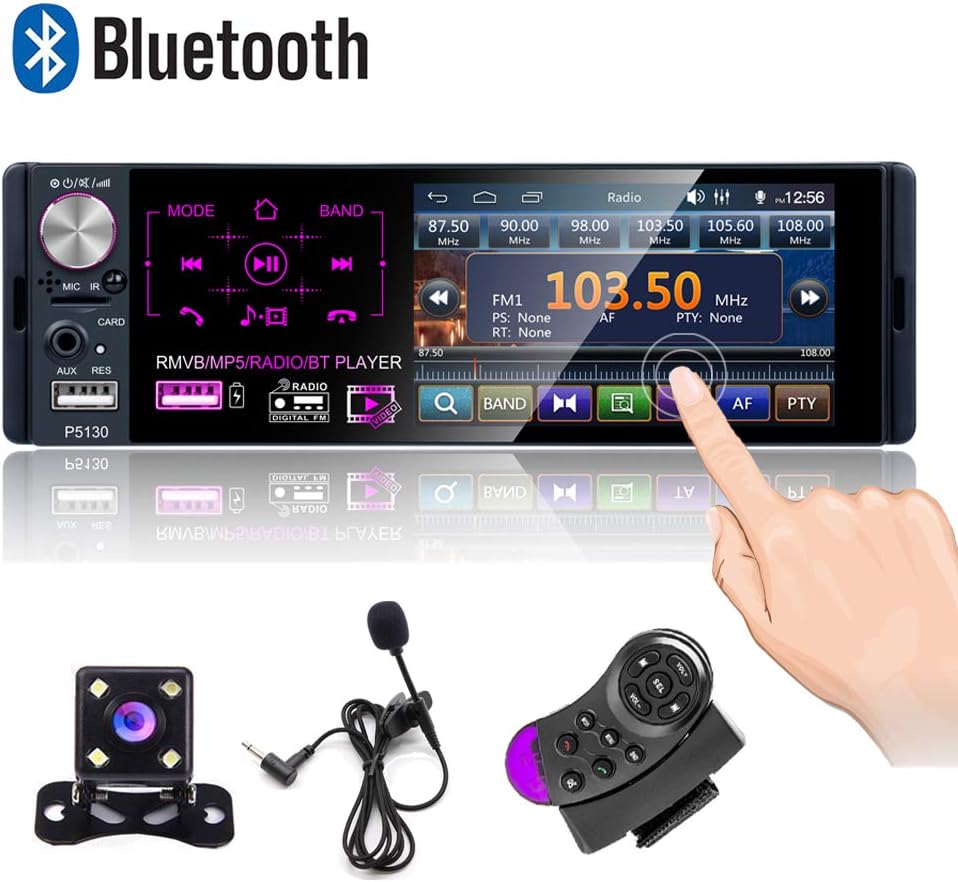 Note: Please check if this stereo fits your car before purchase. If you are not sure, please contact us to check. Features: - 4.1" capacitive touch screen, gently touch, high sensitivity- High revolution display- Support...

Now I’m UN sure what they call the Depth of the unit. The new Audio Only units are 1/2 the Depth as a Traditional Head unit but I’m not sure how they refer to them. But that’s what your gonna need if you don’t want to have Modify your dash behind the Grey plastic. If some one finds out what they call the smaller (less deep) head units let us know.

sorry Grant, I forgot about this!!

OK well I got some information. The audio receivers without a CD player and half size are called “ Mecless” its short for (mechanical Less) Audio Only units

I used a Pyle head end. It’s only about 4 inches deep. No champagne but Bluetooth

Hey Check this out. The factory Replacement Rockford Fosgate head unit for the gem was like $600. I bought a New (no name brand) head unit for $28 Dollars. 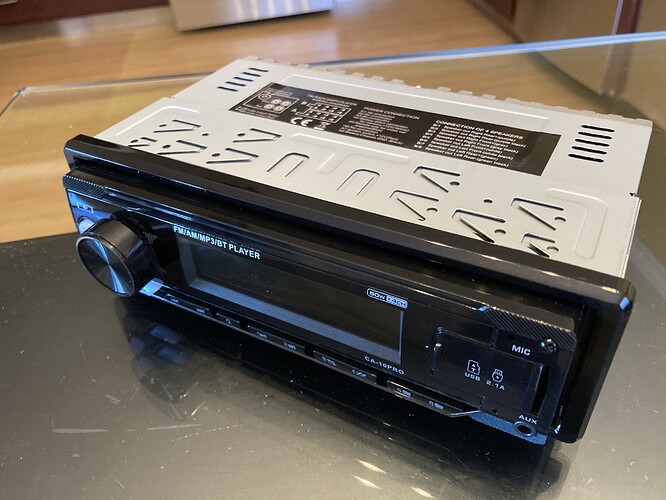 The Amazon reviews were Ok, I mean what can you expect for $28. It’s just something to play music.

Sorry I couldn’t send you the pic grant. I didn’t go to my house yet, I’m Living in a temporary house until The insurance fix everything.

@grantwest - does that fit in the stock depth (to the back mounting bracket)? if so, link?

@grantwest @MikeKC Mine wasn’t Rockford but definitely shorter than the normal ones. 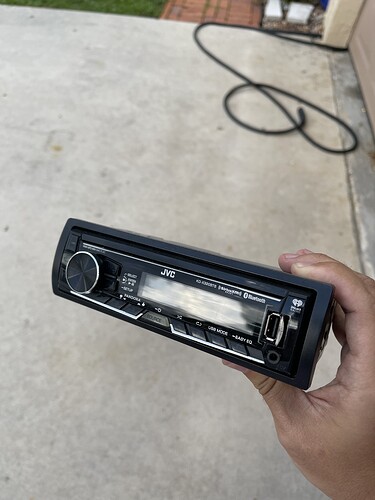 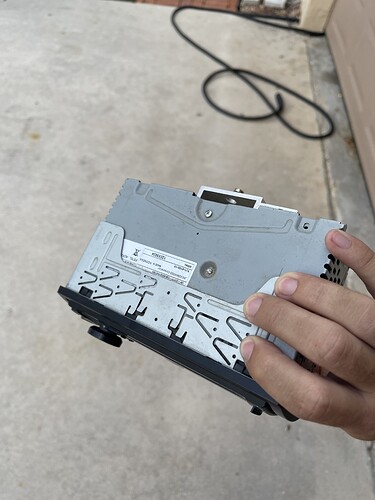 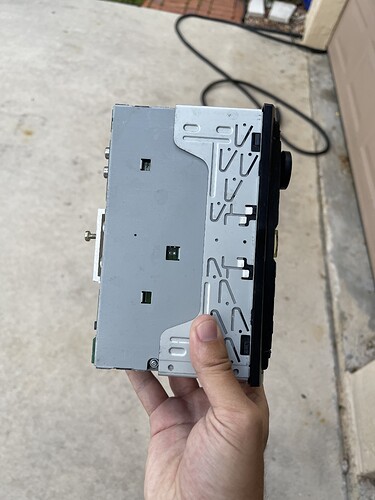 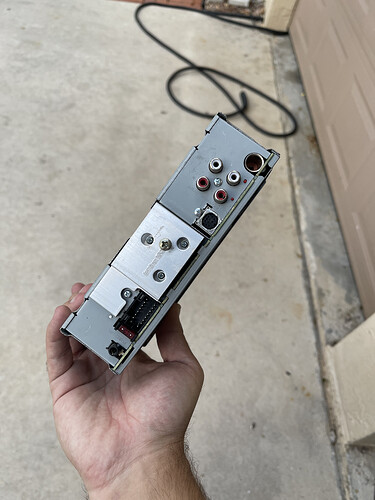 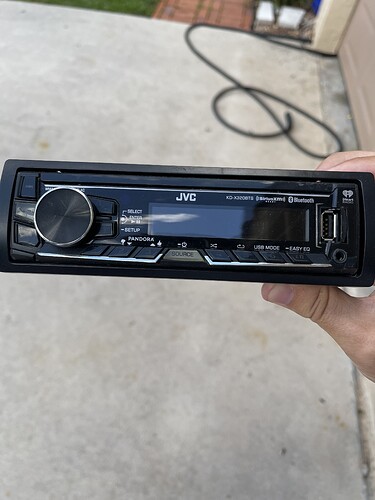 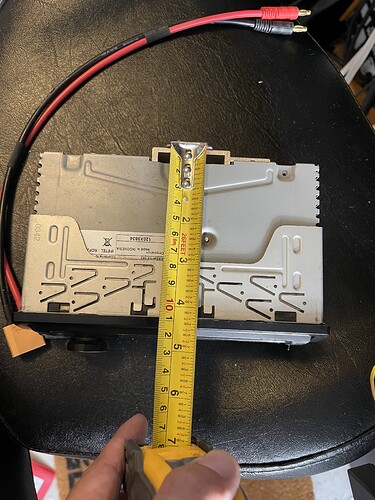 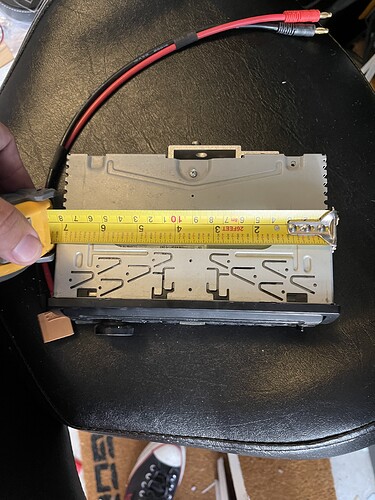