Trailered it home from OH to VA, now to learn about this little Smart almost look alike.

The owners manual states that I have an option to increase the motor RPMs, as it has a programmable Curtis controller. As there are no more Wheego service centers, would a member have knowledge on how to do this?

Searching the celestial internet and there is very limited information available for reading and research.

Very clean, all original. The batteries look pretty, although they are all around 1.72 volts. Doing research for replacement batteries this week, and then should be operational. 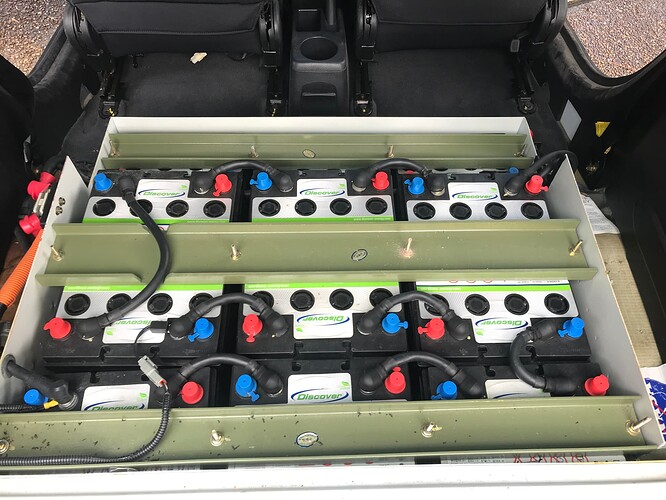 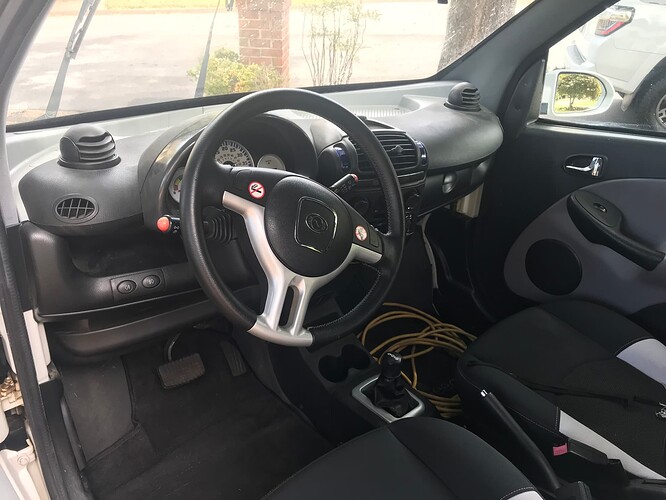 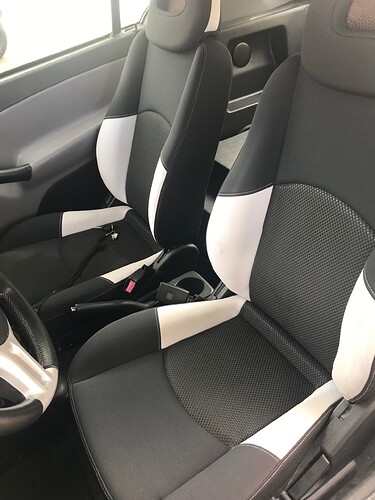 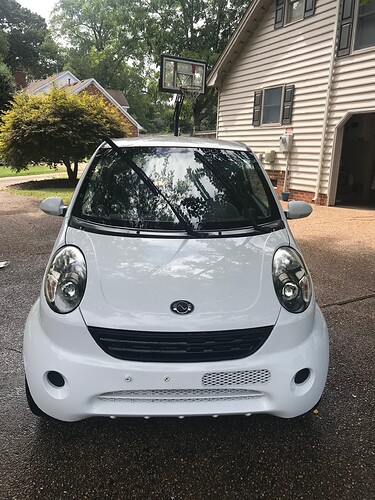 Looks very nice! I was checking one but the owner wanted 3k and it was not working either.

Anyways for what I can see it looks like it’s 72v. 9 x 8v they used to do that that to get more range.

I would personally install some lithium and make that thing last way longer.

Going to review tomorrow in the day light under the hood. It is a 96v battery tray. Lithium would be great, I just need to read up some more to gain a better understanding of a Lithium set up and what peripheral pieces would need to be swapped.

Pouring rain. Charging the 8v batteries individually to see if I can get the pack to take a charge before opening the wallet. 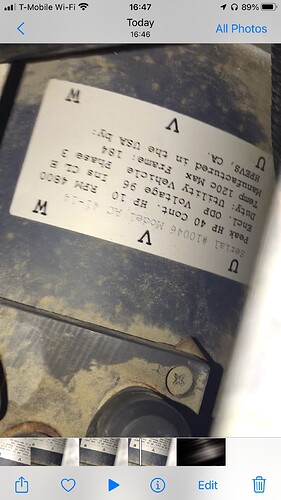 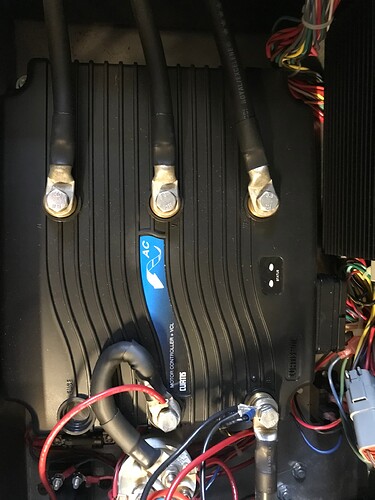 Charger is a Delta Q

Nice, any flashing code in the deltaq when you plug it In?

Is the car alive Does accesories turn on? it has auxiliary 12v battery? It might be dead too

Replaced the 12v under the hood. Two flashes on the Delta Q onboard charger for low voltage. All the electrical items that the 12v controls work as designed.

Currently using smart charger to charge each individual battery and the attempt to plug in again and see what happens before spending for 12 new 8v batteries.

before spending for 12 new 8v batteries.

Probably be about the same cost to get a lithium pack from @Inwo or @LithiumGods . Depending on the Delta q you have, it might be able to be reprogrammed for lithium as the profiles include 96v chargers.

check the label, should the a 96v model. 96v lithium pack would go forever in that thing.

depending what are your plans, if you want to flip it then you can use Wet batteries however make sure to use the ones that are same size and rated as OEM. (And the charger is setup for that chemistry)
I personally feel a bit cheap 129 each battery, a good set of flooded are over 2k for Gems and they use only 6.

If you want to keep it then forget about that and go lithium. Then get a Curtis programmer and crank it all up until you can make burnouts.

My personal opinion. (I’m saying this while watching one for sale nearby)

800lbs of lead to do what 130lbs of lithium can do far better. Sounds like a party. Real performance monger that whip…

Batteries installed, put on 27 miles, then tucked her in for charging. Went with a set of 12 XHD 8v Interstate batteries. In a few years when these fade, I’ll have done my research for Lithium battery pack setup.

The controller is already set for 40mph, so that is checked off my list of items to do. 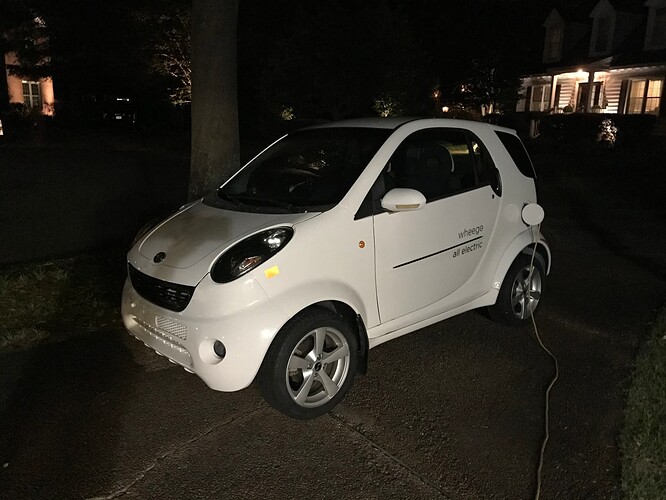 I agree, just need to do more research on all the items that would need to be done to make the swap. Otherwise, little over $1460 for a set of XHD Interstate batteries and on the road. When these fade in a few years, I’ll have properly researched the swap.

Make sure your charger has the right algorithm otherwise a few years will be a few months.

I agree, just need to do more research on all the items that would need to be done to make the swap. Otherwise, little over $1460 for a set of XHD Interstate batteries and on the road.

Yeah, I know where you are coming from. My first GEM came with mostly unsalvageable Trojan XH30s. I slammed some Deka group 31 MDCs in there that I was able to get rather agressive discounts on rather than pump the money into lithium for it since it was a shitbox and there were only a few 00-04 lithium conversations out there at the time. Not uncharted waters, but some definite hazards to navigation.

Finally put a lithium booster pack in, got it to clock at 40+, almost flipped it, set the governor down to 33, broke an axle on a high speed turn 6 months later.

God I hated that fvcking GEM.

Sent reply to your battery pack build listing. Photo is the spec sheet of the Wheego Life with lithium battery. I have the AC41 motor, the Life version has the AC50 motor. 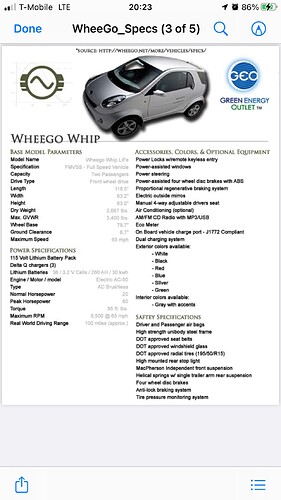 What do you think? @LithiumGods