I just completed my Chevy volt lithium install. Thanks to all of the information on this forum, and some back and forth info from Dave (inwo).

I bought my GEM having never driven or rode in one. But I do have a golf cart with 6 flooded batteries in it so how different could it be? When I purchased my GEM the batteries were completely dead and would not turn on at all, but the price was embarrassingly cheap so I took a chance on it.

I priced batteries from Polaris Gem dealer, Costco, and others, looked at Trojan, AGM, and Gel cells and I’d be looking at $1k up to $2k. With my batteries junk and a crappy silver Schott charger in it, now was my chance to go straight out of the gate lithium, no upgrade later, no extra expense now. Here is how I did it, maybe you 'll like what I did, maybe not, but I tried to keep it as simple and inexpensive as possible with the basic tools I own and I didn’t want to fabricate anything complicated. If you want to add some knowledge feel free. Here we go. 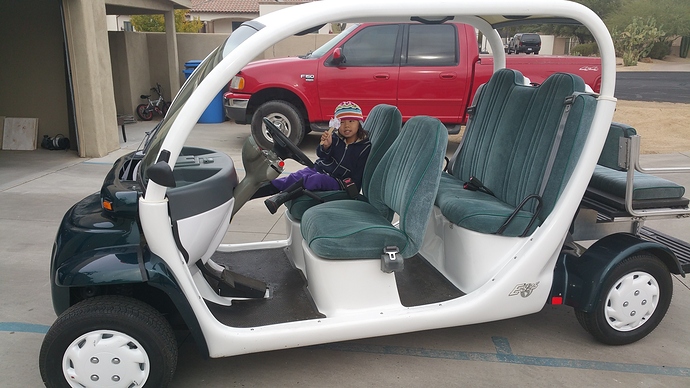 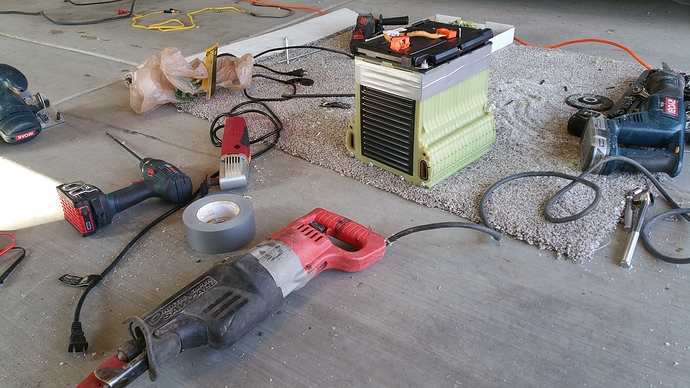 Volt batteries are layers of cells. I put a wrap of duct tape across the top of the batteries so as I cut the tabs off I would not get any excess vibration into the battery. Now notice the bolts located on the bottom of the cell. When I bought my packs the seller was nice enough to have put bolts through the water jackets holding them nice and tight.

I took a 12" bit and drilled 2 new holes straight through the bottom of the pack and relocated them to the bottom. Obviously I’d be cutting them off if I didn’t move them. You want your pack to be one solid brick prior to any cutting. 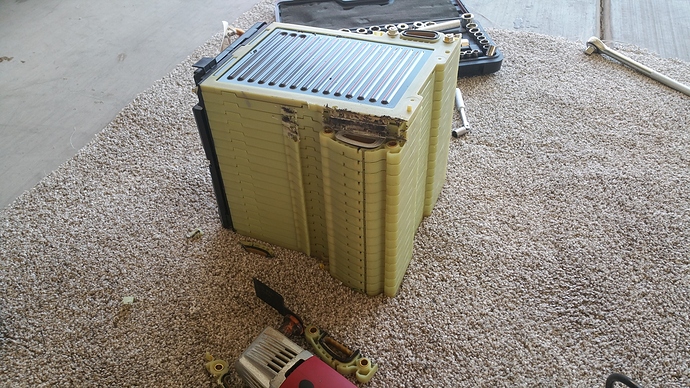 Lay battery on it’s end. This was a failed start with my plunge saw. Too slow. Grab a Sawzall with a long blade. Slice it straight down taking off all of the tabs. You will reduce the width to just under 7 inches. The same width of a car battery. Now you can place them in your stock battery trays. The rubber gaskets will smoke a little as your cut through them. 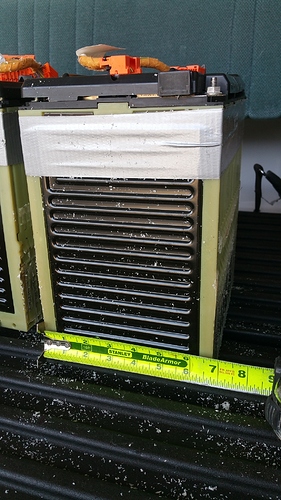 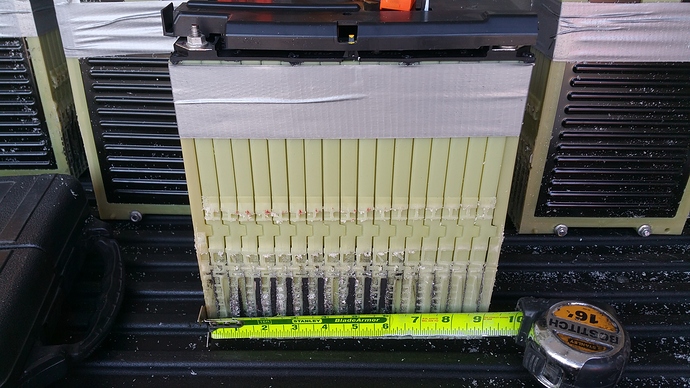 A full module consist of 12 cells at around 4 volts each from what I understand. If we used a full pack we would be at 44 volts. We need to run 2 modules in series and in parallel (see diagram). This would put us at around 88 volts. Our stock controller can only handle 85 volts. You can spoof your controller to take a higher voltage, but I chose to just not use a single cell and keep everything oem, bringing each module to around 40 volts. Total I’d be at just over 80 volts. Here I am drilling a hole in a cell, to bypass the last cell. I used a battery cable lug. Flattened it out and drilled a hole through it and bolted it to the cell. Do this for each battery. 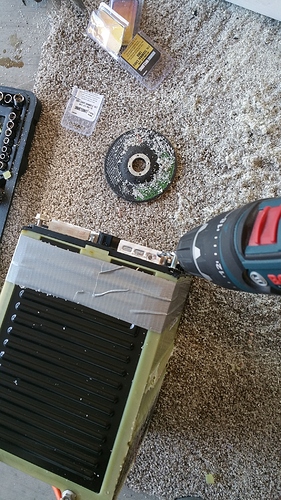 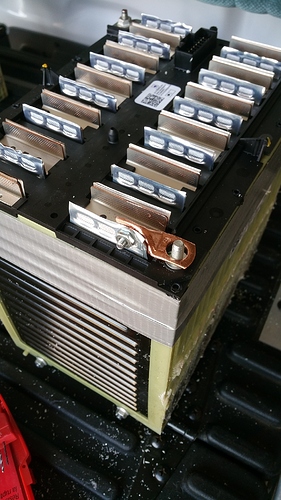 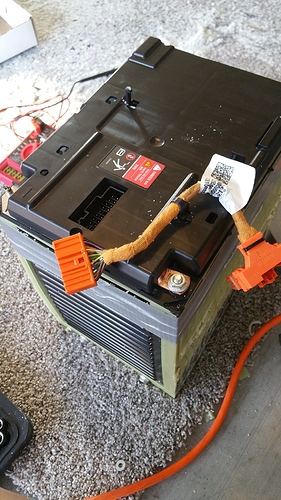 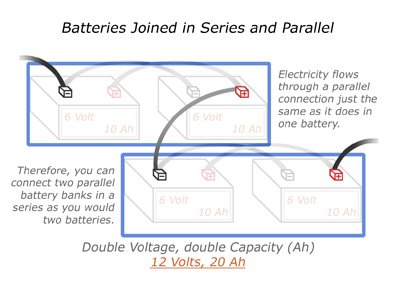 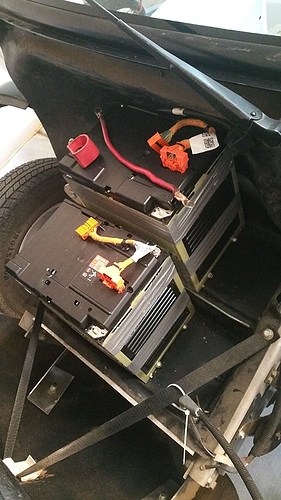 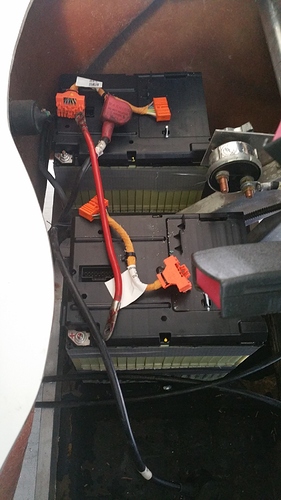 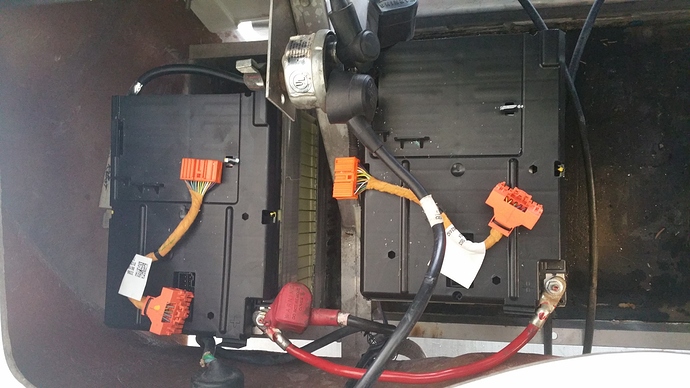 Now that everything is wired up and you have a charge in your batteries double check all of your wiring. I did it 3 times. Then I did a little prayer and switched the kill switch in my battery compartment on. It worked!

I was flying down the street!!! Woohoo!

Charging system, and softer suspension coming soon, but I’m super happy with it. This concludes where I am at now…

If you like the factory balance leads, I can make a pcs to connect them together.
Getting price on 12s cell monitor from Chargery.

Thanks Dave, will keep chatting with you privately. To BMS or not to BMS. That is the question now.

I think I’ll use your Chargery charger to get each module to the exact same voltage, then bail on the BMS and just charge all the modules together, and individually check the cells once in a while. All I’ll do is put a digital voltage monitor on the dash so I’ll know when to charge. I’m thinking these modules will be very stable, and a Gem cart will hardly tax them at all.

Agree, however update us once in awhile.

Some methods of connecting balance leads: 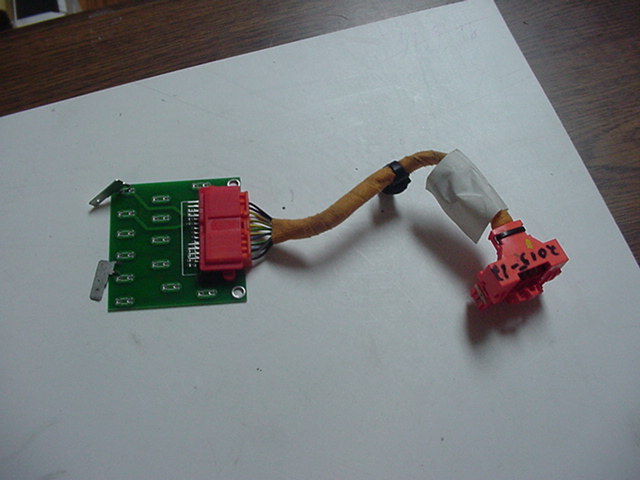 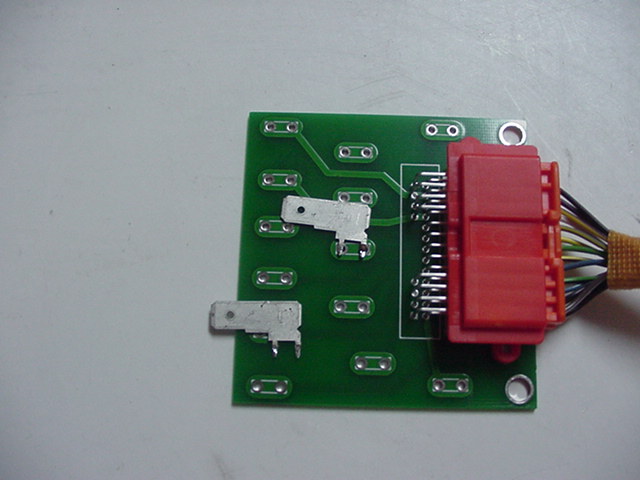 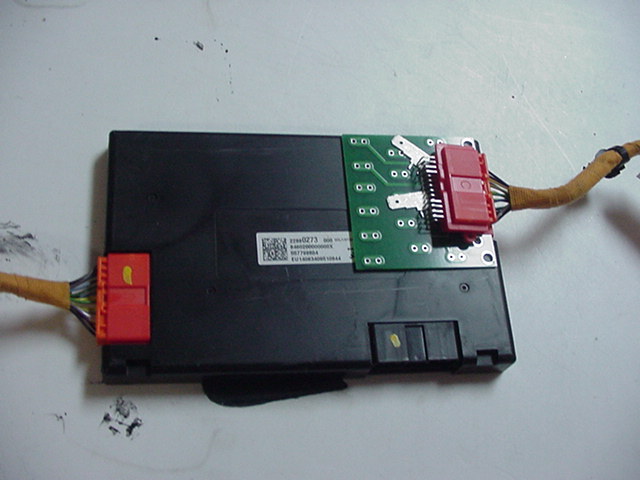 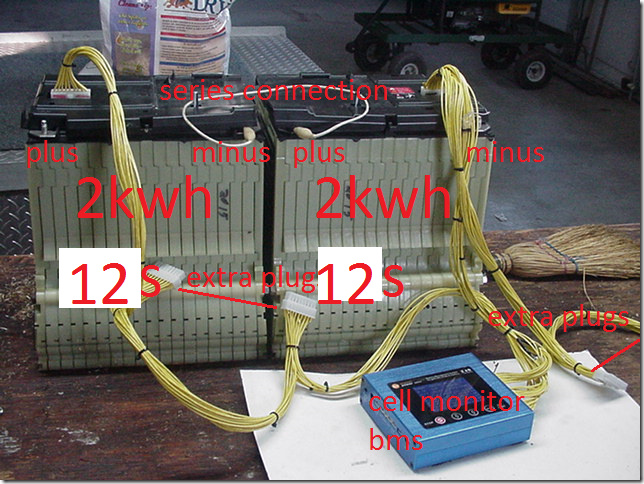 Complete Volt harness to connect up to 3p. $50
Two needed for 2p2s system. (4 modules)
Notice the extra plugs. Just plug in as many as you want.
Make a 100 mile Gem!

If I don’t make it you don’t need it.
Chevy rules!

Or just roll your own.
Cut the ends off and wire color to color.

Stock Volt enclosure if you can get it from your battery guy.
They have no value.
My pcb on top.
Use the sockets from stock box. Save money. 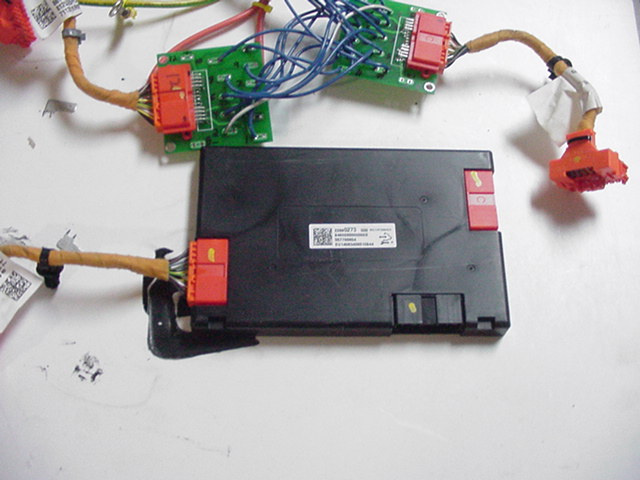 Right on glad you got your cart going. I did some research when I was looking for softer shocks. If you can’t find a over the counter solution some company’s will work with you to build a new shock to your specs.

One of the pitfalls with your year suspension is ride height and sag are critical. This needs to be dead on because if you have to much sag you wheels will camber and it will wear the tires funny and it will bump steer and a host of other problems. I’m eager for you to find a shock that works so the rest of us can piggy back on your findings. I don’t wanna convert another 2002 car to Lithium until someone
Gets the ride worked out.

I am converting my 2014 e2 to Lithium now. Shocks are definitely on my radar. Grant has mentioned to me that it will be a challenge and a cursory look on the Internet proves him correct. I suspect there are hundreds of people that would pay for an adjustable solution. An e2 needs to be different than an e6. The truck version would be cool that was adjustable on the fly.

“I can cut and splice the wires running a length to each battery. Concern was insulating the connections and total look.
The PCB boards would work, but I still have the concerns of the above. I want it to be safe and look good. My plan is to be proud enough to show it off and post it on the forums.
A yellow aftermarket harness may be the trick if I could plug the “volt” plug into it.”

Steve
The harness is stand alone. It mates with the Volt sockets directly. Not the volt wires/plugs.

Here’s what pcb method looks like when finished.
Middle bms lead is split between the two boxes for cells 9 thru 16. 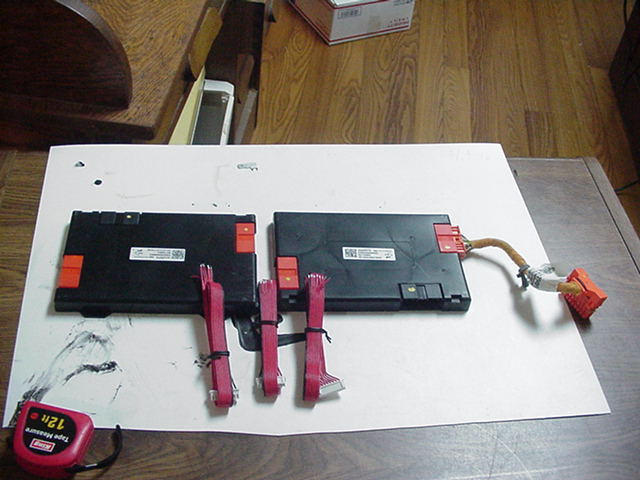 Inside the box is this.

Not the neatest job as I used very large wires.

Is this something you can do? 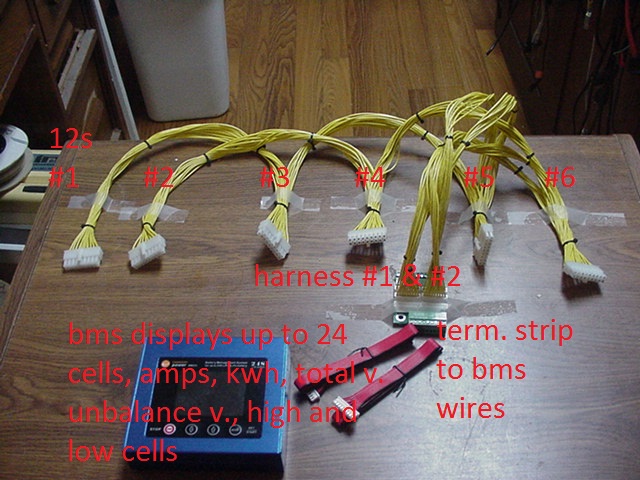 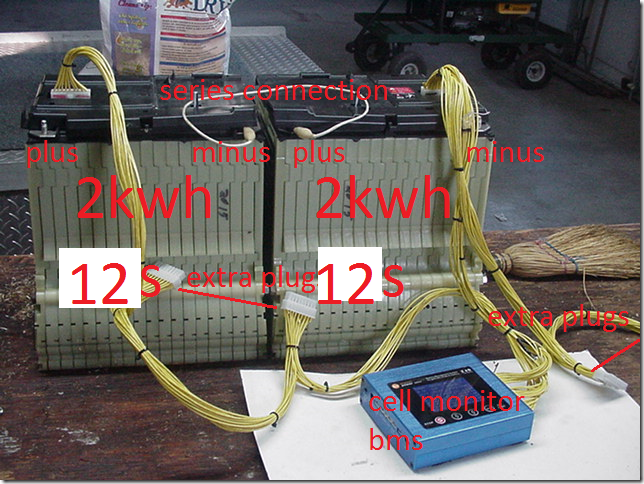