We talked about this last time you built a sway bar. It looks like we have engineers watching this time.
Has someone invented a cross connected air shock or hydraulic shock/cylinder to replace a torsion bar?

By cross connecting side to side, top to bottom, the only dampening, when wheels move in unison, is the fluid resistance through the conduits.
One wheels motion will transfer to the othe side in the same direction. Ie. Frame on jack stands, lifting one wheel will lift the other.
Air being compressable, air shocks may not need additional parts.
With non-compressable medium, a small, bladder pressure tank, may be needed to soften the anti sway.

Let me search for your last thread. I’ve lost conciderable brain cells since then.

Has someone invented a cross connected air shock or hydraulic shock/cylinder to replace a torsion bar?

Funny you mention that as I was thinking about a form of active suspension setup instead of $500 torsion bar rigging which seems primitive by today’s standards. GEM body roll takes far less energy to correct compared to steel structured automotive applications. Connecting hydraulics is an interesting concept and no software involved either.

Maybe i was dreaming, but here is his dejavu all over again thread.

Hows the geometry? Runs thru full stroke with no binding? It’s hard to picture with no hands-on!

Connecting hydraulics is an interesting concept and no software involved either.

By using air or gas, the same anti-sway system might replace the coilovers.
I believe the system needs to be pressurized to work.
If more discussions I can break this out into a new thread.

A company that was displaying at SEMA this year had some sort of suspension RE GEN contraption. As the suspension would cycle it would or could capture energy and recharge your battery here is a video of it in action 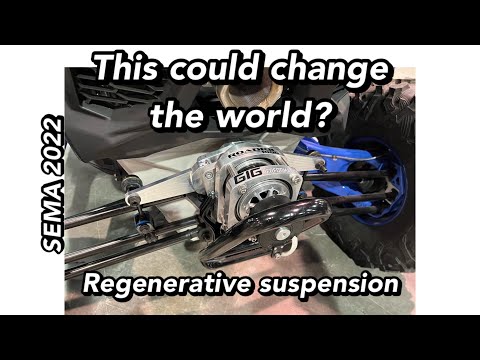 I wonder why it still has shock absorbers. This thing should be able to do the dampening. Ok, they just got to that. I don’t think they would want to dampen on the spring recoil since you want your wheels back on the ground fast and with the shocks it’s double dampening the recoil.

But cool idea and if they ran out of juice then they could just start jumping up and down on the vehicle to recharge it. LOL It was said it’s rated for 1KW but nothing states what avg generation would be so it’s likely much less than that.

But cool idea and if they ran out of juice then they could just start jumping up and down on the vehicle to recharge it.

That sounds kind of personal Dave, I’m not sure it’s appropriate to talk about Grant’s “swaaaay bar” in public. Some things are just beyond one’s control (ie: built that way).

And another idea. I actually bought the parts and tools for this one.
Automatic E-brake
My new tomberlin has a special motor with electric clutch/brake on rear stub shaft of the ac motor.
It is normally engaged and Sevcon has a special output that hold brake released at all rpms above zero.
I love it and am spoiled. A pita with dead battery but then dead battery is pita by itself.
To make a long story a saga:
I had a bunch of new Tomberlins less motor. Fun projects but no parking brake mechanisms.
I sold the last one I had running with the big pmac motor and sevcon S4 Gen4.
Being used next year as a “jetson” car at burning man. Dead flat I hear. Client was not concerned with lack of “roll away”.

With plans to keep it, I had purchased a reverse acting line lock for one or both rear wheels.
In my thought experiment it works perfectly as a parking brake.
As my plan was for one wheel, if solenoid loses power and “closes” that brake line, the other 3 wheels have brakes. Worse case!

In use, make sure to have brakes applied when stopping on a hill or parking.
When motor gets to zero speed, Sevcon cuts the juice and brake remembers if it’s on or off.
Touching the throttle, key on, Sevcon does whatever magic it does, and you’re on the way.

This is all in my head and on the shelf for now. I spent several weeks building mechanical version of “park” for SueZ-Q. A chain sprocket and pawl pulled in with a skidsteer parking brake solenoid.
Works great by the way. 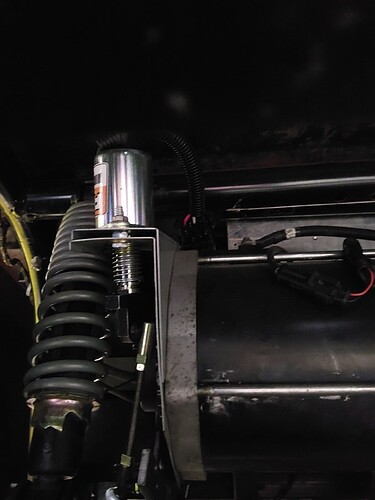 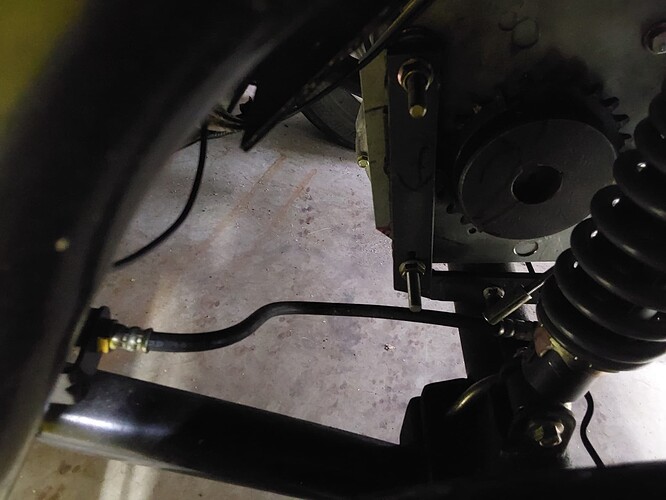 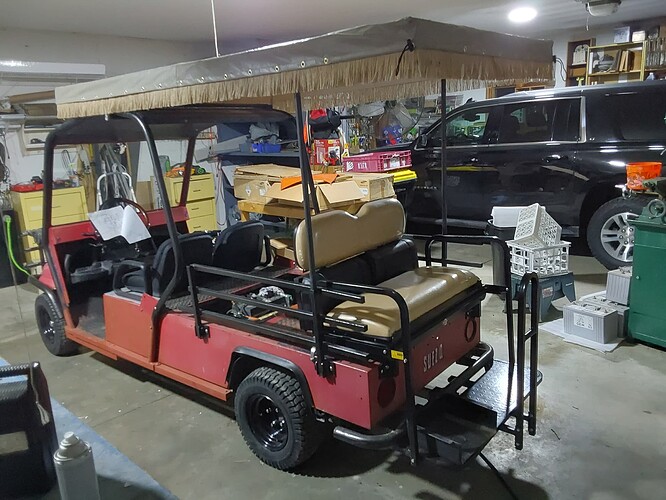 Some things are just beyond one’s control (ie: built that way).

No that’s his kick stand!

No that’s his kick stand

Thanks for the visual.

Probably need self-actuating, one for each direction. Good idea but devil is in the details.
From someone who has one working.