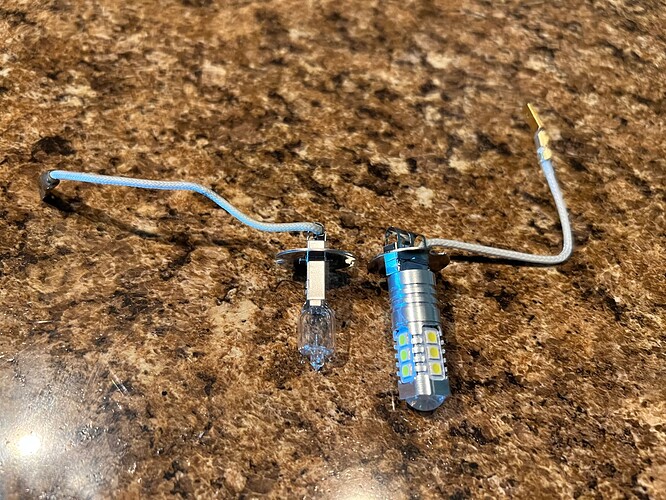 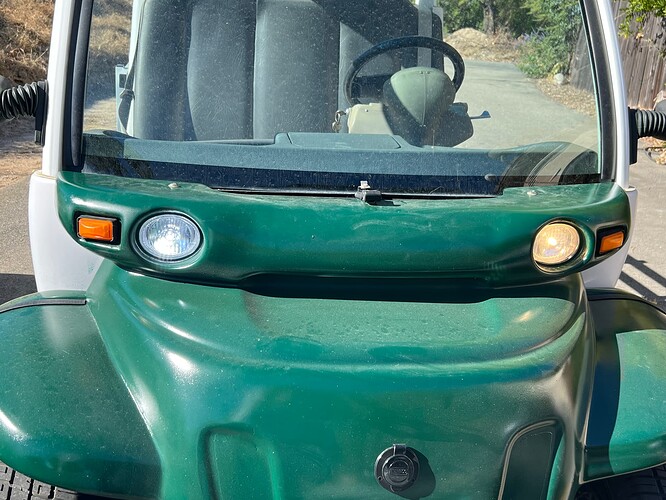 One of my bulbs burnt out but as it has been discussed before, the headlights as is are pretty bleak. I bought a H3 LED and installed it. They fit in the socket with a small mod. They are longer but that does not seem to be a problem seating all the way in. Its not night yet, but when i compared the old vs the new it does seem as the old reflects better off the mirror backing more fully. The LED seems to miss a lot of it. Now my hope is that at night it will give a much brighter beam but also wider and maybe that is what i am seeing so its not so focused. In side by side on the bench you can see that the LED starts a lot further from the socket which could mean it wont reflect as well off the back…dunno…Yet…

Anyone have thoughts or tried a good LED bulb in the old housings?

If it does not do better, i am considering figuring out a way to hold the bulb farther out by maybe adding a rubber washer or something. But then there will only be that screw holding it in, vs the screw AND the overlapping tab opposite of the screw,

The bigger test is drive up to a wall or your garage door and look at the pattern.
The big problem with these LED stacks is they are not designed to advantage of the reflector and do NOT put the light where you need it most (on the road).

Instead they spray the light out all over the place which only blinds oncoming traffic.

Agreed…But as it seems with other parts, Gem just takes things that already exist and builds their cars with them. The “headlights” are really just fog lights, so they are only going to be as good as fog lights. I am just trying to see if LED will make them more desirable vs very poor.