Hello, I’m looking at purchasing a 2015 GEM E2 with the very short back with the cabinet mounted on it. I found a gentleman who has rear spats for an E2 (I want to put a rear bench seat on) but he says they probably won’t fit. He says the shocks are mounted different. I looked over every Google image I can find trying to find frame photos etc. and am coming up short. visually they look set up the same to me. I fabricate for a living so if it’s even in the ballpark I’ll weld and move things if I have to but I can’t believe as close as they look that they would have bothered making 2 frames. Any input is greatly appreciated.

Can you have the seller post a few pics looking under the rear skirt?
(that didn’t sound near as creepy in my head)

It is possible that specs for a box/cabinet may have included an extra set of shock/springs.

I fabricate for a living

Pffttt… What are you worried about then???

I’m not “worried” LOL, just would be cool to know if it would bolt right up/learn about the frames/suspensions. Nah, he won’t take anymore pictures he’s one of those “I don’t care if I sell it” kind of guys. I’m going up to look at it tomorrow. At the very least I’ll post some pics. Thank!.

Frames appear to be the same:
https://gem.polaris.com/en-us/assembly/?modelId=L15G2SGALA&assemblyId=221379

Since you are going out for a look, I submit the following as a preview so you know what to expect.

e2 and eS frames do not look much different.

My notes only go up to 2011 but they only show one frame number for both models. 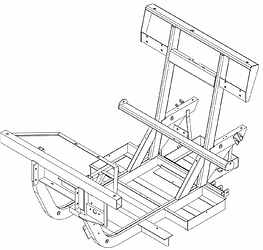 The utility versions of the car featured a flatbed of different lengths and attached direct to the frame. I don’t know how the mini short bed actually attached.

The different rear configs(spat, flatbed) had their own methods for attachment.

I don’t think you will find the following on your flatbed model and once the bed/box is removed I suspect the back of your car will be stripped down to the basic frame rails that pretty much stop at the back of the battery tray.

Just to hang the spat off the back of a 2015 e2 you also need a couple of the special brackets. These are quite minimal IMO and probably the reason most of the spats crack after years of use. 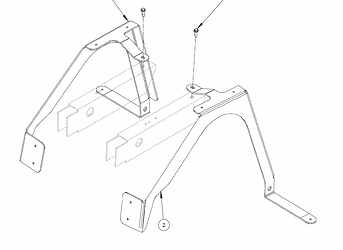 To hang a factory rear bumper the engineers installed a complex assembly to stiffen it all up. 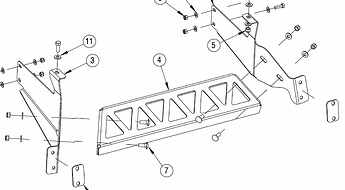 To hang a seat off the back the general plan is to fab up some beefy brackets and attach to the stubs coming out of the back of the car. It is tempting to use the linksback system but it was not designed for that much weight.

All great Stuff, I found a 2013 manual and I also see one frame being used. I think the bed frame mounted where the spats mounted and probably have angled gussets go back from the bed to the rear of the GEM. I’m going for it if the 2015 is clean when I go look tomorrow. 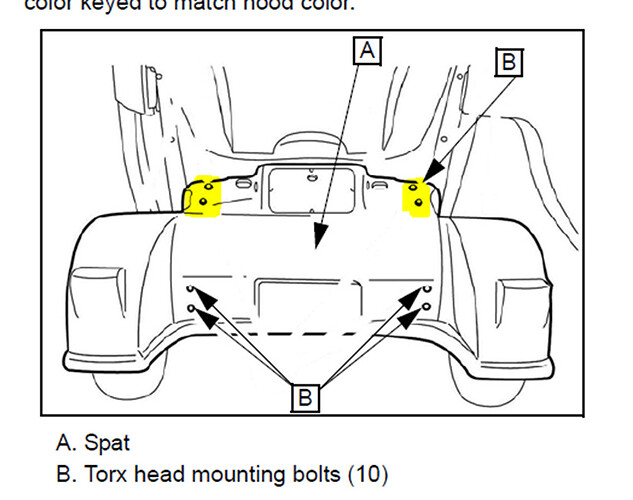 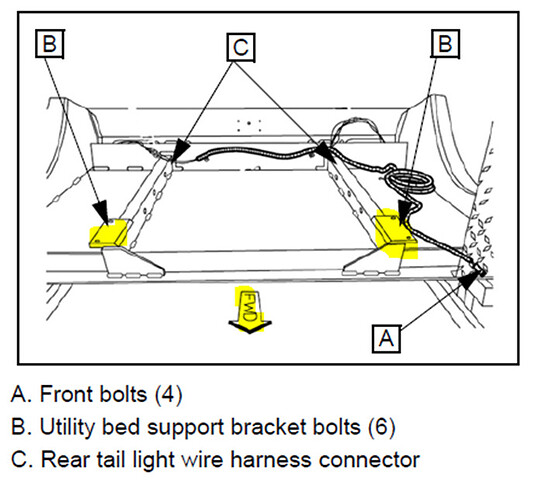 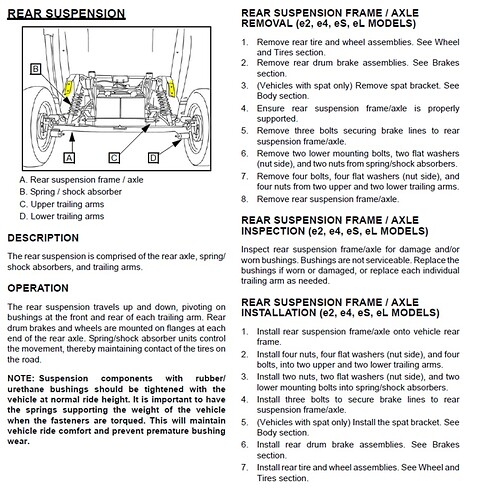 Guy misled on car unfortunately. Wouldn’t drive 100 yds. On a full charge. He says “oh yeah, it just started doing that”. Tried to get the price down accordingly and he wouldnt budge.

When purchasing a used cart you should almost assume you will be purchasing a new set of batteries fairly soon. It’s almost better that way since you can put in what you want instead of running the “brand new” set of incorrect cheapo batteries that were thrown in just to sell the car.

For future searching-
Even if the seller says they are “new” or “only 1 year old”, do a bit of investigating. Look for a date code on the batteries. Bring a meter and get a reading or two. Even if you find that they are “new”, be aware they can still be damaged if not taken care of.

At least it goes 100 yds and this verifies the basic function of the car.
Does it end up with a turtle and go into limp mode?
Or even when you get back and cycle the key it may refuse further will to move instead showing a -15 on the dash display?
Both of these are signs of a damaged pack or even a single battery that may need replacing.

If you don’t get any of these errors then there could be something else wrong.
An issue with the controller will most always throw an error code.
A throttle pedal problem will sometimes throw and error but not always. There is a condition that actually looks a lot like a weak battery.

If the seller will not come down in price(depending on that prce) then it might be best to walk away.