I have a new-to-me 2002 Gem with the Zivan charger. This car was built in December of 2002. It has the rotary switch on the top of the charger to change the profile & the potted DC to DC module next to it. There are no stickers on the charger stating “Micro Update”. Did they correct the chargers and install updated in the car as OEM or could it still need the update? When the green light comes on at the end the charger goes silent. I want to be sure it has been updated so it maintains the batteries when left plugged in.

I have a recently purchased 2002 GEM E4.
Just for your reference…
My Zivan charger does not have the rotary knob on top, but does have a white sticker that reads…" Microprocessor updated"
My title says it is a 2002 model, but the vin plate production date is 11/21/01, maybe mine was upgraded already by the previous owner…

[QUOTE=boxboy;13941]I have a recently purchased 2002 GEM E4.
Just for your reference…
My Zivan charger does not have the rotary knob on top, but does have a white sticker that reads…" Microprocessor updated"
My title says it is a 2002 model, but the vin plate production date is 11/21/01, maybe mine was upgraded already by the previous owner…[/QUOTE]

The rotary knob is covered with a flat disc. See if you see the plug, it should have it.

It has a flat plastic disc in the hole where the knob should be, but there is no knob or dial under it…
I have an older ZIVAN charger which has the knob, but no updated sticker on it. Havent used it, but i think it was the model that doesnt restart or maintain the battery.
There are no markings on the knob or dial area, so not sure where to set it, heard that is the setting for acid batteries or gel

The markings are microscopic. LOL.
Take a look with a bright flashlight you may see marks.
Trying to remember the marks… as I recall it was the letters A-J. “C” for Gel batteries or “F” for flooded/wet batteries.
This is basically the same charger - Zivan NG1 Battery Charger

Photo of the knob 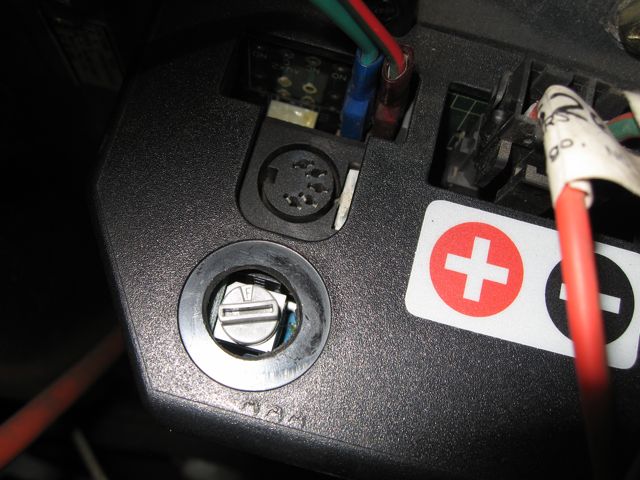 not really related, but i have just replaced (marine group 31) batteries with trojun t1275 batteries… i have also replace Zivan with a Ride for Fun super charger… NOW, that i have replaced all that, the 2000 GEM dosnt work. will move in RD mode forward, and thats it… also have a constant buzzing sound when the brake is not engaged. any thuoghts… people (who charge $500 to reprogram controllers) are saying its a bad a controller… another person says NO way could it be charger… after just dropping $ on new batteries, i just want it to run so i can golf.

@LuvMyTJ, Did you verify that your 2002 GEM car’s Zivan charger setting is “F”? I am going to try it for my 2002 e825 four seater that I borrowed a used internal charger for. It is microprocessor upgraded, and from a spare parts car that my neighbor let me borrow. It was set on “C” but I don’t think that is right. I don’t know what batteries were being used with the charger. I’m going to try “F” and hope for the best.

I forgot to mention my batteries are flooded type with 130 Amps.