Let me start by saying I’m a mechanical guy, not electrical, but I am comfortable with a VOM and solder. Because of this I decided to get David’s package from the Buy, Sell & Trade section of this forum instead of some commercially available packs. Having followed conversions here for several months I knew there was lots of help available here if I needed it.

I call it a “package” because all I had to buy was hardware to mount it. After wrestling the first gel out by hand I rigged a block and tackle to the roof for the rest of them, one hand to lift and one to guide it out of the hole. After considering several mounting options I went with 3/8" threaded steel rods. Because of the shape of the Volt packs the rods fit nicely in the clips above the cooling chambers, front and back. Rods are attached to the frame on both sides and fender washers with locked nuts on each side of the packs stop side to side movement.

Because David’s BMS is PNP, and with his guidance, electrical was no problem - NO SMOKE. Charged with reprogrammed DQ and time for test run.

The farthest I can legally drive on roads is about 10 miles. Two 10 mile trips, with a charge in between, bumping against the speed limiter each run used about 40% of the pack. Because of the diet I put the car on (lost about 1/3 of it’s total weight) it is quicker (spin the 70 series tires), slightly bouncier ride and sits 3/4" higher. I’m still tweaking BMS parameters and need to clean up the rat’s nest of wires under the seat - I was more interested in running it than making it pretty.

Bottom line - if you don’t need mega-range you cannot do better than this package at 2/3 the cost of new gels.

Thanks again David, much appreciated!!

I have been contemplating the same swap. How about a couple of pictures of your install.

Will try, don’t think I have enough posts to send attachment. 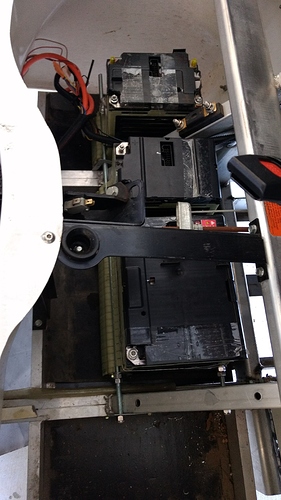 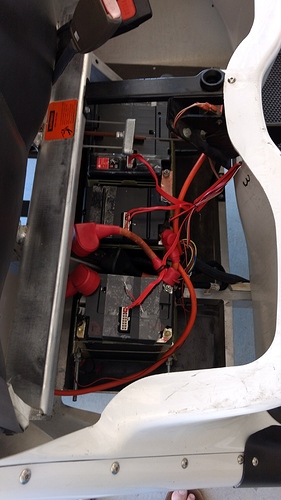 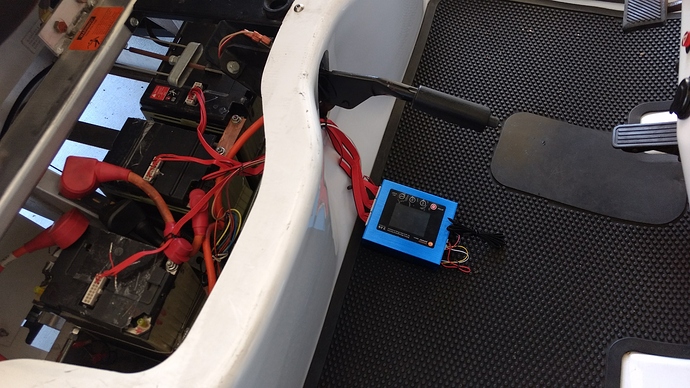 BMS is temporarily attached to mat for easy access while I play with settings. Will eventually be mounted under seat.

Looks good.
I mounted mine to center brace.
Under and inside the angle. 2 holes drilled and a strap clamping it tight. Rubber straps protecting bms.
I guess it could be mounted to battery cover also.

Looks good. Not as tight as I thought it might be.

Looks good. Not as tight as I thought it might be.

The one I have left is a little different in that the two small ones are in on package. Rather that three it’s two of the larger ones pictured. Electrically the same.

Craig can tell you if he thinks it would fit the same way. It should

Ok, as long as I can make it clear the emergency brake mechanism. In the forum you mentioned you finally got yours on the road. How does the Volt battery pack range compare to the Leaf pack, about the same?

Just took some measurements and I don’t think 2 large packs will fit in the center tray unless you cut off the cooling chambers and rotate them 90 degrees - front to back not side to side. I didn’t have to remove the parking brake to get it in, but if you pull 3 bolts the whole assembly can be moved off to the side if needed.

It would be easy to cover the passenger side battery pocket and mount one pack on top of the cover. Gives easy access to tie into fuse.

Been thinking of mounting to the top of big pack with velcro and a tie wrap
around the wires for a backup.

March 21
Looks good.
I mounted mine to center brace.
Under and inside the angle. 2 holes drilled and a strap clamping it tight.
Rubber straps protecting bms.
I guess it could be mounted to battery cover also.

Just back from a run with MM 1/2 installed. 37 mph average of 2 runs in opposite directions, by GPS. Very windy today so took an average. Because of my taller tires, max was 28 mph before installing MM. Losing the weight and the speed limiter made a bigger diff than expected.

Be careful running full speed. The MM1/2 will not limit speed under 50mph. Motor will run at higher rpm than is safe.
I never run much over 30mph.

What size tires are you running?

Got it, thanks. Says I was over revving when stock.

Looks clean from what I see. Glad to see another person enjoying the conversion.

Yes that’s what I’m running. Don’t remember the exact year but it was early 1990’s. I think they are Koenig wheels and they are drilled for both 4x4" and 4x100mm. Some “youngster” wanted big wheels with rubber band tires for his high school ride, I wanted tall sidewalls with low air pressure for softer ride. I bought these on Craigslist for $250 with one year old tires(by the DOT stamp).

These wheels have an offset and GEM wheels don’t. The offset puts extra strain on the wheel bearings but I have 4000 miles on them with no problems so far. I’m using 1" bolt-on spacers ($50 Amazon) on the rear to center the tires in the fenders and keep them from hitting inside of fenders, and no spacers up front - no rubbing. 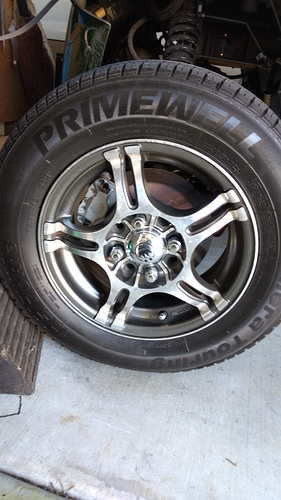 I finally got the wiring dressed up and BMS tweaked and mounted to top of battery with velcro. Project finished, 'til I find something else to tweak. 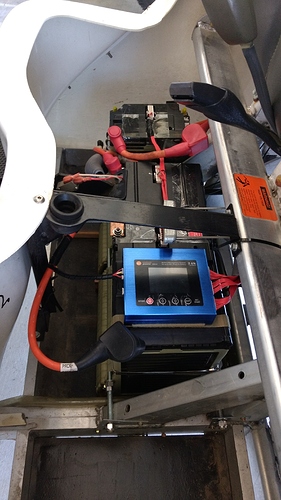 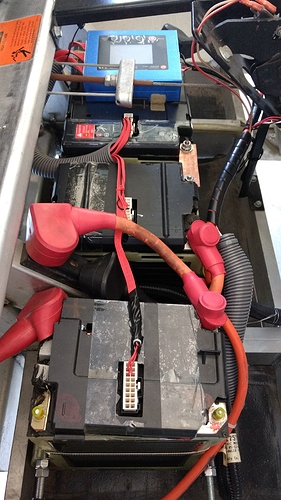