Symptoms of a Bad Motor?

I’ve had this weird “stutter” in my 2000 GEM 4 seater that I’ve been chasing for the past year or so that seems to be getting worse. Originally, it would happen around 15 mph where the motor would enable, disengage, and the re-engage really quick and then be fine (I thought it was in my head or the bouncing around with the crappy early suspension was making my foot jump around on the pedal). 6 months later, for about the first 2-3 blocks out of my house, it would be choppy at around 15-20 mph and then work itself out and be fine for the rest of my ride (Almost like an old 2 stroke, 2 cylinder motor… where one cylinder isn’t firing right and then it clears). More recently, it’s doing it much more frequently until i get to much lower voltages <90v.

I’ve replaced the entire accelerator pedal assembly. Messed with a couple of controller settings (#26 off the top of my head). Last thing, I tried last night was to swap out the controller with one from another member on the forum and that actually made it 10x worse… I couldn’t accelerate past 15mph and it was choppy all the way. I’ve checked all the cables and they’re tight. Here’s another interesting one, when I got back into the driveway with the swapped controller, I turned off the car before checking cables and couldn’t get it to turn back on to drive it into the garage. I didn’t have the display hooked up or my computer handy so I couldn’t tell if it was throwing an error code (which I’m sure it was).

I’ve swapped pretty much everything except the motor. I don’t have as extensive GEM experience as the folks here and I’ve never seen a motor go bad… so I’m not sure what the symptoms are normally.

My setup
2000 GEM 4 seater
R4F Blue motor
Chevy Volt batteries + Spoof
Original gearbox 9:1
14" wheels (195/60/R14)
I’ve got a HUGE hill that I have to get over to get anywhere; the motor is always smoking hot when I’m done climbing over the hill and back.
New T2 controller from flight systems (that was running that until last night when I put in the used one for testing).

As a side note, I’m accumulating components to go A/C on the motor so I debate how much time to throw at this. It’s just one of those things that I want to figure out because I want to know the answer! I’m wondering if I just overstressed the motor climbing hills, loaded (4 pass), with the 9:1 gearbox, bigger tires, and extra voltage. Tempted to send out the motor to get serviced/rebuilt to because I think that’s the last thing I haven’t swapped. I have a 12:1 gearbox laying around that I’ve been meaning to install but I’ve been in the “if it ain’t broke, don’t fix it mode”. If I were to rebuild and put this all back together with the DC setup, I’d definitely want to put the 12:1 gearbox in to lighten the load on that motor.

Did you check/clean the motor brushes? My 2001 acted similarly until I cleaned them. GEMs need to run a bit regularly for optimum performance.

One other thought is the key switch is notoriously bad especially if you have heavy keys hanging on it. With just 4 keys on mine it’s liable to turn itself off driving. I loop the ring over the ignition (strange word on an electric cart) key and keep the weight on it towards the ON position.

@oldhouseboater (Rod) will service your motor for a small amount .

Spoke with rod yesterday. He’s 100% it’s the motor. His fee is a no brainer… the shipping stinks from CA to Fl and back.

I have an AC motor and controller arriving this week from @MikeKC and @Inwo. The inquisitive side of me wants to send out the motor to see if that was my problem. The financial side says cut your losses, focus on AC, circle back to DC if I can’t make AC work.

Look at it this way. Your motor at present is valueless. a Rodney Refurbished motor has a value of $450 on Ebay.

once I get a change to pull it out of the car; I’ll send it to you (@Old_Houseboater). I’m sure I’ll end up picking up another GEM to rebuild and it will be good to have a working motor around.

Finally got around to breaking down the GEM and pulling the motor. Think I’ve gotten to the root of my problem. Looks like the differential is due for a rebuild (and the motor too). 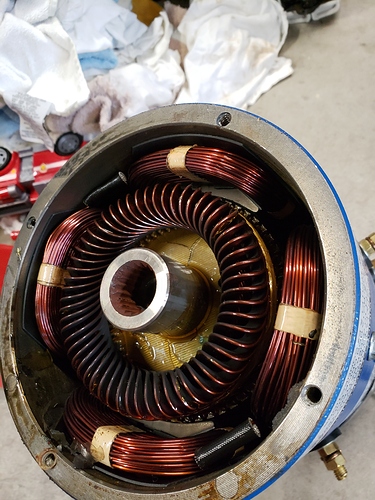 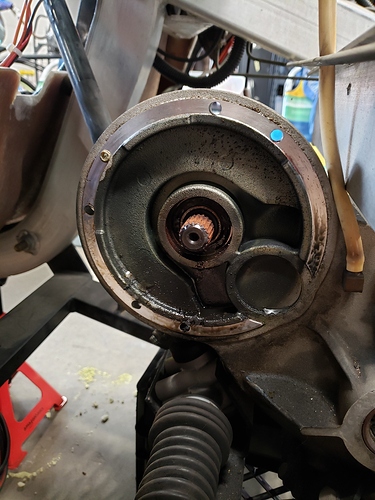 @Old_Houseboater should have a blue top motor coming your way soon. Any chance you want to sell me some spicer rebuild parts and ship them back with the motor?

Bearings, seals and a shaft kit? what ratio?

yes to all of those… and whatever you’d recommend while I have it broken apart. I’d want to convert to a 10:1 ratio.

It varies with brand I suggest 3 years for the first service for AMD (black) motors 4 years for D&D (blue) motors and 5 years for GE. Every 5 years there after.

The AMD motor is the most precise motor with the closest tolerances. For this reason it is the first one to have the brushes stick and fail. This has caused them to suffer reputation wise when they are really an outstanding unit. The D&D are a bit looser but will usually start to fail about 4 years in. GE motors are the most forgiving but will eventually quit, When I refurbish a motor I will adjust brush clearance to allow 5 years between service. NOTE: carts stored outside in damp dusty areas and not used regularly can develop corrosion between the brush ends and commutator that will prevent contact , cause arcing, and require machining of the commutator surface.

.What ratio is it now. You really need to rebuild the ratio that exists. Buying a set of gears costs too much

In prior threads, folks with more GEM knowledge than me have said it’s 9:8:1.

8.9 gear boxes are in demand by the hot rod guys . You should be able to work a trade.

If you stick with 21" or smaller diameter tires 8.9 works real well. There are some real nice low profile tire sets available . I run 8.9 with 21" tires on my 84 volt 4 seater. Very happy with it. My brake mod works real good with the 21 inch tires and I can lock the rears.

Ok… well, right now… I don’t have a particular need since I put the 12:44 in my car. I’m just positioning for my next build. I just want to learn how to break down one of these gearboxes and put it back together. I’ve never opened one up before.

DIY GEM GEARBOX Refurb Procedure Do It Yourself (DIY)

DANA - SPICER - SCHAFFER H12 E GEAR BOX REFURBISH Don’t know if this is the proper procedure but it’s the way I do it. Remove from car and drain oil and clean exterior. Secure upside down in a vise Remove cover Remove intermediate bearing caps (Freeze Plugs) by drilling a small hole in the center and forcing them out with a sheet metal screw. Remove all snap rings. Remove the input shaft assemble by pulling it out with a pair of visegrips applied LIGHTLY to the spline Remove the input s…

I have a 7.5 AMD motor (black) that was sitting a long time and the brushes were stuck, I ended up breaking the one brush holder trying to loosen them, were do I buy parts for this motor?

I repair/refurbish all GEM DC motors

Here’s what I need, The plastic frame that holds the brushes. Thanks 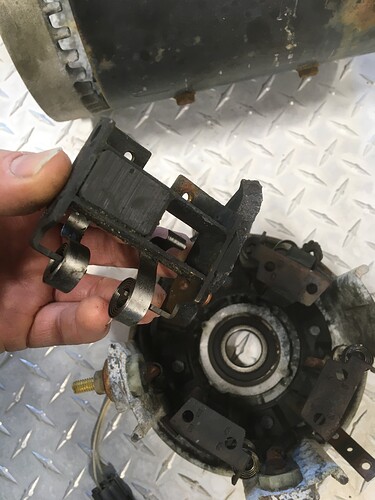 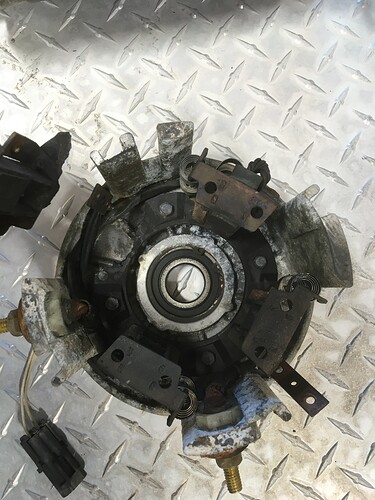