I posted a while back asking if anyone knew the safe operating temp range of the 5HP GE motor. It got 57 views and no responses. This suggest to me that there is considerable interest, but nobody knows.

I’d like to ask for help collecting data on temperature ranges. I’m thinking if we can get a bunch of us who have IR thermometers, we can post our readings after a good hard run and see where the range maps out. I’ll start:

This is Grant’s result.

@grantwest you stated the 2013 has a stock 5HP motor but that kind of hill climbing is sure to spike the temperature. Do you know what temps you see on that or how does that compare to say a 2002 5HP motor or a newer 7HP motor? That was just too darn fast and smooth and not doubt thanks to those lithium batteries holding a steady voltage. Doug

I found his observations to be similar to mine. The external temp continues to rise over time even after stopping as the heat works its way out of the windings and into the main body. I’m going to put a temp monitor on the dash and set an alarm 20-30F below what I decide is the critical temp.

He seems to be running a solid 20-30F lower than what I am seeing. I’ve bumped my minimum field current back to 70 and still have what I believe to be close if not over critical temp. I will try upping that until I get into the range I feel is safe and see what it does to performance. I didn’t have a problem when I hotrodded to 96V, it came into existence after I messed with the programming. Need to figure out what is going to be safe and whether that will give me the performance I need.

The bms has a bunch of sensors. I can’t think of why you couldn’t use them for motor and controller temperature.
Set the alarms high enough so they don’t interfere with charging.

Most motors used in EV conversions are class H. Insulation good to 180ºC. Typically that will relate to about 90-100ºC on the outside of the frame or ~130ºC on the outside of the field coil (inside the frame). Of course the motor is massive so there is a time lag between the hot spot (usually the armature or brush) and the placement of a sensor.
or a brushed 72v DC motor. Just roughly. Thinking of having my blower put on a temperature sensor to turn it off and on as needed.

Seems as though I"m getting within about 30F of where the critical point is. That’s closer than I care to run if I can help it. I hadn’t thought of using one of the BMS sensors to monitor it. I figured those would just stop the charge and not necessarily trigger an audible alarm. I’m also not sure will hear it with all the road noise and it being under the rear seat. It was beeping away when I had the low cell problem and I never even noticed it until I stopped.
I’m going to keep messing with the settings and see if I can bring the temp down. I wonder if there’s a way to put a heat sink on the motor and a small fan. I’m not sure if it would wick heat out fast enough to make a difference or not.

You need to have the display on the dash.
I have rj45 sockets on a tiny circuit board. Connect tiny wires to it. One on each end.
A punch down socket may also work. Then run a single cat 5 from bms to LCD. 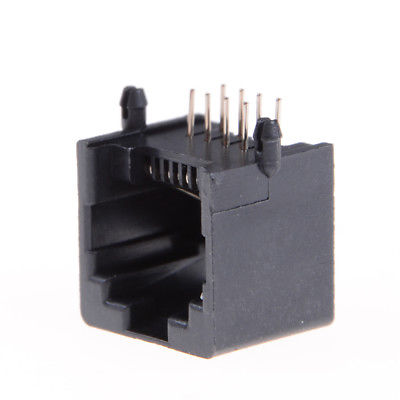 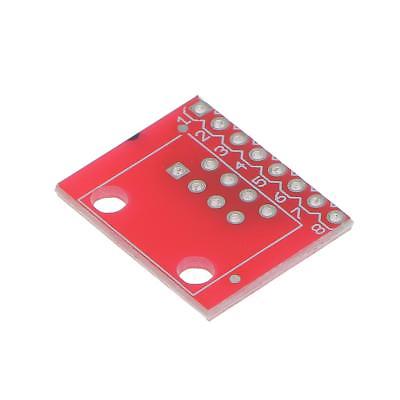 I like it. Where’s the best place to get them?

They come from China. I can send you a couple next time I mail something.

Usually the first sign of overtemp on a GE motor, is when the Tach magnet melts. About 180 degrees F case temperature

Been there done that

I did the dime behind the bumper trick and smoked my first motor. Wish I had known that symptom, would have saved me a motor. Trying to avoid a repeat. Do you happen to know if the aftermarket motors run any cooler?

Performance motors have higher temperature ratings. Generally able to stand more work than standard GE motors and will sustain higher RPM performance. Sweet spot seems in the area of 6000 RPM for these motors. Usually will tolerate 7000 for short sprints.

I heeded your advice when choosing wheels and stuck with 21". I’m not particularly concerned about top speed since I only run on 25MPH roads.
I do like to go up the long hills at that speed in my 4 seater so perhaps a cooler running motor might be in order. I’ll keep my eyes open for a used one and move my 5HP over to my 2 seater when I find one.