How to Make Gem E6 Faster than 25mph?

Has anyone used plumquick.com to upgrade their motor? or any other method to make an E6 faster? ride-4-fun.com guys do not recommend their motor for the E6 because the E6 is much heavier. Most companies I call do not offer it for the E6, only for the E2/E4s.

First remove the speed limit and see what it does now.

How do you remove the speed limit? It doesn’t seem like it has much more power than 25mph, but when going down a slight hill you can feel the limiter kick in and hold you back immediately

That answers my question then.
A magic magnet device moves the speed limit up in 3mph steps.
I plugs into motor sensor.
If car is not capable of more speed it won’t help except down hill.

one of daves Magic Magnets is your answer . they are inexpensive and will allow you to get more out of your cart . for increasing speed they are effective and cheap .

Plus, a perfect trial for your extra battery.

does it trick the speedometer? so the speedo doesn’t read correctly? I believe that’s how it works? Who seels this and how much?. There isnt a motor upgrade? what bout that plumquick.com site that builds motors for golf carts and says they do gems as well?

I’ll pm. about how to buy.
Yes it fools speedometer,
However the MM can be set to read 0-40mph correctly when setting the speedometer to kph.
It will also correct for larger tires.
Kinghappy and I have been considering a low cost speed upgrade by adding a 6v, 8v, or 12v battery to the string.

I have done similar by running up to 100 volts from lithium pack.
I see no reason it will not work with lead.
I have no lead cars to try it on, so I will need a guinea pig to test it.
What do you think Mike?

all ways of making your cart go faster fool your speedo . over 25 mph it will not be accurate . the after market motors make your speedo show 1/2 speed .

I switched my speedo to kph then programmed my controller so that the number showing is actual mph . so now my speedo will show actual speed up to 41 mph .

Daves mm will do the exact same thing and installs in about 10 minutes . I have reprogrammed dozens of controllers but wouldn’t recommend it to most people unless they want to do other mods .

start with an mm .

p.s. if you want even more power after that , I would look at an extra battery ( if your using 8v batteries) or lithium before I would spend any money on a different motor .

I have a 2005 GEMI went with the bigger motor 7.5 and chip the computer

Works on any dc motor using the standard 3 wire sensor.
As it plugs in, it can be moved from car to car for testing.

CaliKarts, How much speed do you get with the bigger motor? How did it effect your range?

I have a 2011 E6 with the stock motor- you can reprogram the controller and you should be able to get to 30-32mph. On a flat surface mine goes up to 35/hour. The software is from GE and I had to play around with the settings a bit.

Can you please share information on what you did? You have the same Gem as me and I would like to replicate what you did, would love to go 30-35mph. Can you tell me what to order and how you reprogrammed the controller?

Making a couple at a time for now.
Have 2 more of the kph models.

That’s the encouragement needed. You got the last one. 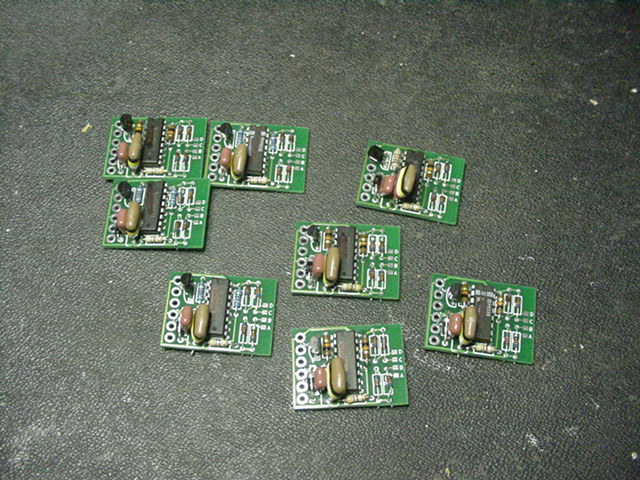 Start of a new batch…

Hi, this is Jack I’ve talked to u before is it really easy to install MM like plug and play because I’ve had a stroke?

Please tell me where to purchase the magnet