Hi…we have a 2000 e825 we picked up recently, and everything works except the heater/fan. I didn’t notice a fuse for these…is there one? Or any other thoughts on why it may not work? Just age?
Thanks! 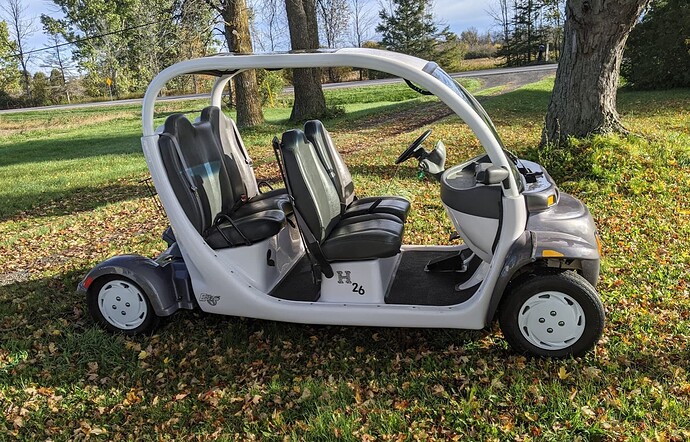 did you find the fuses or just not a fuse for the heater/fan?

on my 2002 they are under the rubber flap at the right front firewall(motor compartment).

I didn’t think there was one there for a heater. Maybe I should pull it out of the trailer again and check, but pretty sure there wasn’t one.

Hard to tell what the answer to my question is so maybe you can take the dash off and follow the wires? Two screws under the windshield wiper(left and right side in the metal channel) then velcro holding it on at left, right and middle positions.

Sorry, to be more clear…I saw fuses under the hood compartment, but nothing for a heater.
Although, I did not take the dash apart. Thanks for the info on how to do that…I can take a look.

IIRC the heater needs two voltages to run. The switch turns on the 12v fan and triggers a 12v relay. The relay switches on the 72v heater coils. It would be bad if the heater coils go on without the fan.

One point of failure is if the fan has an issue the coils would roast a heat fuse and kill the power on the unit.

I might have a heater install page here somewhere…

That would be great…thanks!
When we got it, the fan wasn’t working either. I assume the fan is part of the heater assembly, but I really have no clue at this point…just guessing. I’m not sure if there’s something I can disconnect to try and put power to it to see if anything works. But sounds like you’re saying the elements would need 72V to power them…

Heating elements require LOTS of power, think about how many watts a hair blow drier use. So it makes since that the heater element would be run at the full battery voltage where there is the most power available. 1500 watts at 72V is 20 Amps but 1500 watts at 12.5V is 120 Amps. The 12V converter in the GEMs are what, maybe 40A.

Personally, when I saw the pic of your cart without doors it made me wonder how effective such a heater would even be.

True…good point about no doors.
We only use it at a campground, and it would be just to provide a bit of warmth on cool nights, but is definitely not a necessity. I just figured if it has an option, why not have it working…so I was going to try.

I had a couple things to look into…the last was a wire running behind the back seat was disconnected which made the upper rear brake light work. Again, hardly a necessity for the campground…the other brake lights worked…

Aimed right at a front seat it could help and it might also be helpful to get a piece of plastic over the back ‘window’ area. I’ve noticed lots of wind blowing on the back of the heads of my rear seat passengers with the open window. I’ve got a clear shower liner waiting to be cut up and velcro added for a test of how effective blocking the rear window would be.

I couldn’t figure out how to post a new topic so I decided to ask my heater question here. Does anyone have experience repairing the heater. My fan blows but heating element does not get hot. I have 72 volts at the heater. Opened up the heater and there is a part which appears to be damaged. I’m not an electronic guy but it appears to be a thermal fuse. 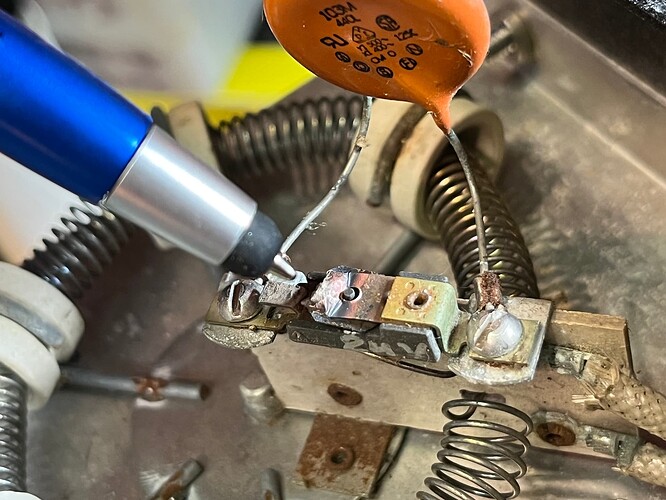 Opened up the heater and there is a part which appears to be damaged. I’m not an electronic guy but it appears to be a thermal fuse.

Sounds like a great way to set your GEM on fire.
What year is it?

It’s a 2002 with the factory heater. Worked fine for many years until recently. I agree. Could be dangerous if repaired incorrectly. That’s why I’m seeking help from someone who has experience in this area.

You were very helpful to me a long time ago. You seem to know your way around Gems pretty well. Do you have any experience with repairing the factory heaters?

Sorry, I have not laid hands on a Factory Gem heater yet.
My experience with heaters comes from wall heaters, floor heaters, Space heaters, hair dryers, toaster ovens, paint strippers and a huge panel heater for vacuform machines.

They mostly have all the same parts.

Reminder that 7Rivers Surplus has pallet of new 72v heaters.
At one time he sold on Ebay. I haven’t looked in a couple years.
Edit: 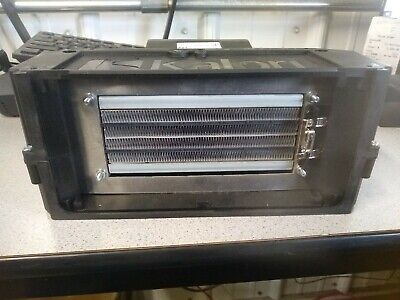 Thanks for the info but it Doesn’t look the same as what I have. Is it possible that’s for a newer Gem? I have a 2002.

No, generic heater. For parts or such. Like @AssyRequired said. They are all pretty much the same parts wise.

I re-did a 2002 a while ago… It had a heater which I eventually ended up ripping out and tossing. I found it pretty useless without the doors and generally in southern california. I was also installing 96v lithium packs and didn’t think it would handle the extra voltage.

I had a couple of questions about it and ended up emailing this guy tommym@heatercraft.com who was pretty helpful.

Found some pics of the unit - 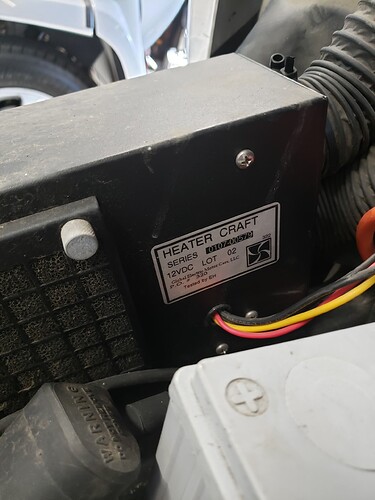 I’ve always assumed the heater was not as much about the heat, but more as a windshield defogger.

Some boats have a horrible problem with that when run on chilly nights. All it takes is to get a little dry heat on the glass and you are good to run.

Cars are the same way in cold climates.