I may need this. Didn’t I also see you’ve got some battery packs?

I’m in the middle of a move, so I dropped off the planet again. I’m done tomorrow, and can focus on the Gem then.

Where’s the flaw in my logic? It’s just money, right?

Tell me about your gem

2012 e2
I bought it from a car dealer in Sarasota who harvested the good charger for another gem. So I have no charger at all, and all but one battery is dead. So…

Why not start off right, right?

I sent the bad charger to Inwo, in hopes it could be rebuilt. Nope.

I’m a total newbie to lithium. I’ve owned a gem before, but never did anything more difficult than trickle charging the gel batteries. I grew up working on carborated motorcycles, so I’ve got some learnin’ to do.

Do you have batteries, too? I thought I saw an ad for batteries a while back, but maybe it was someone else. I’m starting on this project on Tuesday… Finally!

Bringing on a smaller set that should be 20-30 miles . Won’t be available for 2 weeks . Waiting for 2 people to get them installed and running for real world results . $1200

Both packs will make your gem act like you put a turbo in it .

Either pack will need you to order a BMS for it .

Can’t wait to see what the results are

While we are waiting on batteries I would suggest ordering the BMS , takes 3 weeks to get .

If I go with the smaller battery pack, I assume I can add to it later, right?

If you go with the 20 cell extend range pack you can add 4 more cells to make it high voltage . If you go with the #1 option 74ah you can not add cells .
You could technically add another 74ah pack but it would be a complicated set up .

I know you have the expertise and the sources. I’m curious why you don’t put together a “package” for inexperienced GEM owners who are on the verge of pulling the Lithium trigger

I have a DeltaQ Model 912-7200 charger in my Ford Think, looking to go Lithium batteries, what does it take to program for 72 volt Lithium or can you point me to a resource for info? 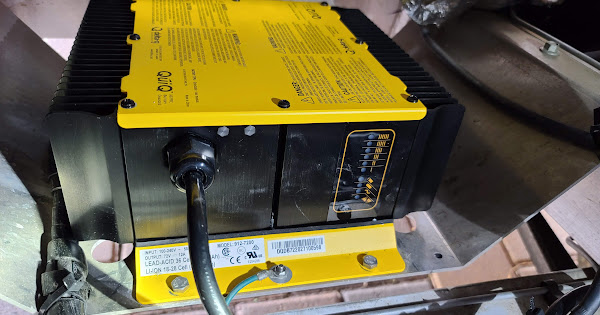 I am one of the few who can update DeltaQ to lithium. Your serial number appears to be one of the programmable versions. The charge $75 to update the charger software and install lithium profiles.