Bringing a Dead Lithium Battery back to life

Any tips to bring a Chevy Spark back from the dead? My buddy let his 24 cell Spark Battery Run Down to 2.5v per cell.

What do you think the process should be to bring it back up to voltage?

What is the chance it’s gonna come back to full strength? Running your expensive battery down to nothing is a Horrible feeling. I feel for the guy (been their done that) any tips or
Recommendations for Ice Cream flavors to eat while you drown your battery destruction misery’s would help as well

Just slow charge them . 2.5v is survivable . They probably well come back .

Yep, we have done it with Volt batteries down around the 1.8 - 2v mark. Had to charge each cell, it sucks cuz it keep trying to balance with the other low cells so the voltage would drop. It take time, Eventually we got it up to like 50v (I don’t remember) and then threw a 12v flooded on the end of the line to give the Delta-Q just enough voltage to start charging. We let it charge long enough to remove the flooded battery and then let the pack charge as normal. No issues since in over seven months.

Well he used David’s Chargery Battery Charger and was able to get the pack voltage up to 80+ volts and then the Car mounted charger (delta q) woke up and started charging like it should. Fingers crossed his pack comes back to life. 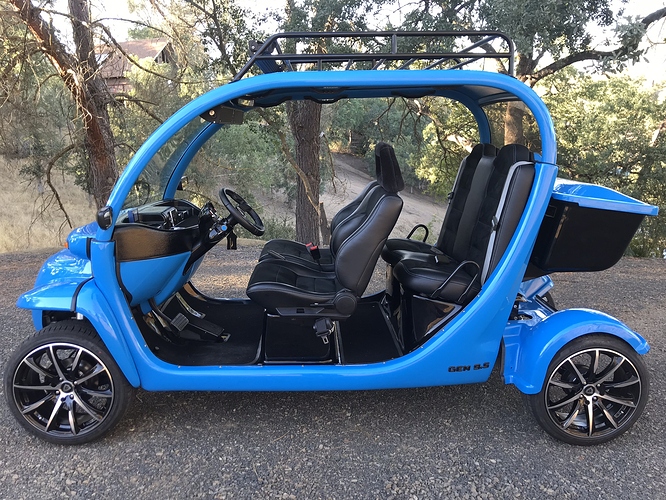 Hi MikeKC, I have a Nissan Gen 3 14S battery pack I build for a golf cart. It uses a Chargery BMS and Charger. For reasons unknown to me the unit did not charge up (even though the display unit showed it at 71%, Long story short the unit was ran down too low. Currently each cell is around 2v Each cell should be at 4.3v when fully charged. I can NOT get the the unit to charge. The charger does not come on. I tried a different charger–nothing. I do have electrical power. Can you give me any advice as to how I go about this back to life? Should I separate the cells and try to trickle charge each cell at <5amps? Any thoughts would be appreciated.
Thanks

What @Inwo says will work and we did that however, with having 48 cells it was taking forever. Finally what we did was put a standard 12v battery in series with the Lipo pack to get the voltage high enough to allow the charger to kick in. I think the charger has to see at least 70v, maybe 65v (on a 24s pack) before it will start charging (This on a Delta Q). Once the pack was charged enough to remove the 12v battery we did and then continued to charge the pack as normal. This worked great for us, however, I am not saying this is correct or safe but it worked like a charm for us. Hope this helps.

They can all be charged in series. There is almost no energy required, so it doesn’t take long to raise the voltage.

after you recover your batteries and get a full charge in them, it’s important your check for heating when you do the first normal charge. If a cell gets damaged the chemistry will cause higher internal resistance and this higher resistance will show up as heating during normal charging.

Village way 4.3v is waaaaayyy too high for those cells . If you want any life out of them they should not be charged over 4.1v . Anything over will degrade them fairly fast .

Thanks for that thought. I actually charge them to 4.15. The 4.3 number is what that were before I built the pack. Just an update on what has happened. As I had said before, something happened and the pack did not charge up, the display showed a higher SOC than it was. Eventually the battery got ran down too low. The individual cells were around 2v. I contacted Jason at Chargery. He said to change the battery setting from 14s to 10s and charge at 5amps. When the cells get to 3v change back to 14s and continue to charge at 5amps. I have been doing that and as of right now the SOC is at 98% so it looks like the battery pack is coming back.