All has been going well with our 2002 Gem E2. Still running but am noticing something. A few weeks ago i did the 1st monthly water check/refill on our brand new US31’s. I always plug our cart back in as soon as i am doing using it. Planning on getting a outlet timer so it will re-set charger every so often, but as of now we use the cart to cruise town every few days.

Today, i noticed when i unplugged it that the charge percentage was about 90, when it used to be 100. Now i have read that the battery percentage will change as it computes after running it a bit. Anyhow, it seemed to drop pretty quickly down to 80, then into the 60’s in about a mile or so. Then after we had breakfast out we went for a drive around town, only a few miles and during which it dropped to 50 and high 40s but seemed to stay there without going any lower. Even with our ride home which is about 1/3 of a mile up a pretty steep road, it didn’t really lower.

In the past we could do about that same trip and stay well into the 60’s and even 70’s.

So now i am concerned that either my batteries are not doing well since my top off of distilled water, or some other parts of the charger are not reading correctly or charging well.

Depending on how long you have been charging since you came home, I’d do a v check on all the batts and see how balanced they are. Note any low ones and by how much then run a full charge cycle and check again.

They should all be very close to each other.

Otherwise, jack up each wheel give them a spin and look for a dragging brake.

Thanks will do. What about it not really charging to full 100?

Otherwise, jack up each wheel give them a spin and look for a dragging brake.

All classic gems suffer from drum brakes hanging up. Typically it’s the rears due to the parking brake cable lever arm, but I’ve seen both front and rear drums hang up due to rust or buildup of brake dust and road grime inside the drum housings.

There is no SOC adjustment for the T1 & T2 GEMs IIRC, so you got what you got on the display.

Chains of lead acid batteries need to be equalized every so often. This is an intentional overcharging to let the ones in the center of the series catch up and also maybe knock some sulfide plating off the lead. Since the GEM chargers don’t have an equalize option, you need to run back to back charge cycles. Once every five to ten charges is sufficient and meets most manufacturers specs.

Good tip. Today was the first time i plugged in then once it shut off i unplugged and back in again. Ill take it for a spin tomorrow and see if that helps with the readings. I think i am ok on the brakes as i did clean and lube up the pivot pin a few weeks back, but now it is sticking. But i have incorporated the habit when i am done braking i pull up the pedal the rest of the way with my toe once i am back on the move. I was just getting on here, so search out the thread where someone found a good spring to use as i need to grab one and install it.

Here- I will point you to your very own thread from July where you decided NOT to install a Brake Pedal Return Spring.

Hello, As others, my pedal is not returning well. I will be going in to lube it up and see if that fixes. I read other possible concerns with other parts that could be contributing too. Has there been a lot of folks who modified the pedal somehow, ie spring, etc. or does lube generally fix the common issue? 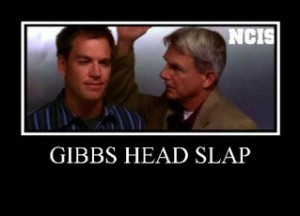 yes thanks, i already researched back when i tried to clean and lube it up. I appreciate the head slap. I already found the spring part number discussions from others. Thanks again…

I’ve found that often the brakes hanging isn’t just solved by the pedal spring . The spring simply keeps the weight of the pedal from sagging on the brakes and the tail light switch. Often times it’s inside the drum housings where they hang up. Typically it’s lack of maintenance

Hi, my 02 gem charger doesn’t work and its at camp. Gonna sound strange but I took a power strip and 6 trickle chargers and leave it plugged in when gone, cost about $70 to complete off Ebay, They stay charged and trickle during the time I’m away, ?

Gen 2 cars need the power to go through the SOC shunt else it will need to be manually reset every charge. On a 6 batt charge system there is no way to do this.

But- using “trickle chargers” doesn’t sound like it would support a cart that is used daily.

That certainly is one way to do it. The old classic gems at least let you do that.

But- using “trickle chargers” doesn’t sound like it would support a cart that is used daily.

Hey, I never said it was perfect LOL but we’re only up at camp for 3 days a week so the Gemcar runs fine for those days then I throw the chargers on when I leave, I rather have a better charger but not sure how to go right now?

I rather have a better charger but not sure how to go right now?

Larry, if you can get it charged before you leave camp, throwing open the main battery disconnect will go a long way towards protecting the batteries. And if you’re only going to be gone for a week or 3 it should be all you need to do regarding charging.

FWIW, I’ve used 2 42VDC scooter chargers in series to charge and top my lithium pack. Throw a couple of big diodes in series and it should work to keep the Pb batteries topped over many months.

It’s funny to hear you guys really ! I am carpenter by trade ( remodeler ) and this why a speaking greek ( electric ) I can’t get but thanks. Gonna save up for one of those ride-4-fun quick chargers

What through you off, “main battery disconnect” or the use of the word “series”? You seriously need to understand what my first 2 sentences mean. It’s effectively telling you to disconnect the batteries when you’re away but only AFTER you’ve run a charge on them.

The 2nd part is not magic either but maybe you don’t know the lingo. When you put 4 batteries into the battery tube of a 4 battery Mag-Lite those batteries are being connected in series. ie electricity flows from one battery into and through the next etc. If you put batteries side by side and connect all the + sides together, then connect all the - sides together then you have connected them in parallel. The words series and parallel are not special and are very descriptive.

Now if you don’t know what a diode is heck, google “diode” and you’ll know but if you don’t know how that’ll help then just ask. FYI, a diode will let energy flow in one direction but it will also create a drop in voltage. Often about 1.2V to 1.4V and as a carpenter you must know simple math like addition and subtraction. 42V+42V is 84V but that’s a little high for 6 12V batteries being float charged( you can google that too ). So if you subtract a diode voltage of 1.4V from 84V you’ll get 82.6V. 82.6V on 6 batteries in series(that’s how your GEM batteries are connected) is 13.75V. Again, google what a float charge is for a car battery(lead acid)… Nothing crazy here even for a carpenter.

well even if I don’t get it, it seems poetic how you have put it so kudos !! I will however get my hammer and saw out and see what happens LOL

I just received the spring so hopefully will be applying tomorrow before the crazy heat kicks in.

I ran the car a few more times over the past week or so, and still getting some strange readings. During ride dropped from 75% down to 65 then into the 50’s…After a shopping stop when i started it it was back up to the 70’s and bounced around into the 60’s again … its all over the place but still hard to get back into the 90’s even after charging two back to back rounds. Again these are brand new US batteries.

I’m trying to find if you posted your battery swap details here on another thread?
I was going to ask a few question about what you did.

Which battery did you install?
What charger do you have on your car?
Did you need to change the profile setting on your charger?

Way back up at post #2 of this thread I suggested doing a pack check. What were the results?