I just bought a 2001 Gem and it tops out at 15 mph. I have read many things on the internet and have downloaded the users manual. I have already completed some troubleshooting from tips in the manual. I haven’t come up with a source of the problem yet.

I unwired the series of batteries and checked the individual batteries with a load tester. They all passed the test.

I have tried the cart in both driving modes, turf and road. Both modes top out at 15 mph but it does seem that turf mode may have more take off power.

I checked the potentiometer by the procedures from the manual. The manual says check resistance on pin 7 and pin 9 at down position which should yield 5000 ohms. Up position should be 0 ohms.

My test were exact opposite. Down position was 0 ohms and Up position was 5000 ohms. Does that mean the potentiometer is bad or is the manual that I downloaded incorrect?

I also checked resistance on pin 7 and pin 8 and it was a constant 5000 ohms. That test was successful per the manual.

What are some other tests that need to be performed?

Could be a motor issue, sometimes those will cause error codes to show on the BDI/speedo display. If acceleration is jerky or uneven, or motor runs excessively hot, makes odd noises or smells really bad, these are all possible indicators. Stuck brushes seem to be somewhat common. Without knowing if it still has the stock short GE or if it has been upgraded with an aftermarket motor, and then specifically which one, can’t really accurately advise you on how to take it apart.

Don’t have an electrical print handy, can’t remember if the turf/road switch / circuit is wired in a way that it could fail in such a way that it would only send “turf” signal to the controller. Might want to check and see if the wiring has been monkeyed with.

I don’t really think that bad wheel bearings would cause that much of a speed loss, but there is a section in the manual on how to tell if a bearing(s) is going out. You’d hear them and feel it.

After that there is the controller. Could be an internal component failure or maybe someone reprogrammed it.

here’s a note from Rodney on what the resistances should be in the motor connections, might help determine if you have a stuck brush or two.

Hey everyone, new problem arose 2 days ago, driving gem from the house 5 min into ride turtle comes on and serious looks of power. Only one bar gone from the battery indicator. Nursed her home and charged overnight and now it won’t move. Battery bars are full, turtle comes on instantly. Checked each battery and over 12.4 on each. Tried charging separately and some seem to charge and others won’t change voltage. Checked pins and only get voltage in high and nothing on pins 7&9 with throttle movem…

Thank you for your help on this.

I did some checking using your tips. I jacked the GEM up and ran it in both modes, but still only at 15 -16 mph.

As far as visible error codes on the display, I don’t show any error codes. If codes were present, I would assume that would be really helping me with the issue, but I have nothing.

Acceleration is not jerky or uneven and the motor doesn’t seem to be excessively hot when we take it for a spin. Also, no noises or smells to speak of.

I don’t know enough about the wiring to know about the turf only signal is being sent to the controller. If someone was inclined enough to figure out a way of keeping it in “all time turf mode” to serve as a speed inhibiting governor, I could believe that could be my problem.

Wheels spin freely when I had it jacked, so bearings seems to pass the test.

You also mentioned that it could be the controller or maybe someone reprogrammed it. Can you program these to run at a max speed of 15? Is that a GEM cart dealer repair shop fix or can others perform the reprogram?

I’m looking at the electrical print now, and if I’m not misreading something on this image that looks like it’s a 7th or 12th generation photocopy of a photocopy of a photocopy… it appears that on the 20-pin forward harness connector, the road/turf switch is showing as a SPST switch. It sends 72V from #14 (white) to #18 (violet/yellow) when you put in turf. In road mode, 18-violet/yellow is open. Looks like violet/yellow goes to #8 on the GE motor controller. So maybe the switch is broken and fused integrally, or someone might have spliced the two wires together.

As for programming a top speed in the controller, "MPH Overspeed " (in MPH) is the top end governor setting. “Turf Speed Limit” (0-255, the lower the number the faster) is the turf speed limit.

The classic GEM controllers are not locked, but you would need GE Sentry software and the correct adapter or a GE LX handset to program it.

If you don’t have the wiring print, PM me your email address. We are prohibited from posting copyrighted info here.

BTW, what model (2dr, 4dr, narrow 2dr, truck) is it and do you know what it was used for before you bought it? Also, does it still have the stock motor?

UPDATE: Thanks to the tips provided by jrjava, I rechecked the continuity on the turf/road switch. This time, instead of just checking the switch, I tested down to the 23 pin plug going into the controller. Two wires were present. The white wire was fine. The purple with yellow was broken somewhere running down the steering column. I cut purple/yellow wire about 3” from the 23 pin plug with hopes that portion would be still useful. I spliced from the mode switch to the 3” pigtail and now it is fixed. It runs 26 mph.

Since I have discovered that it can be accomplished, I may put a switch inline on the newly spliced, purple/yellow wire. This will allow me to put it in all time turf mode (speed control) for the not so experienced drivers that may be using the GEM. Thanks again for the help!

Is 40ish mph achieved with stock equipment or with upgrades? I would be interested in learning what the upgrades are if they are needed. Thanks.

Depends how fast you want to go and for how long. You can hit 30 on all stock parts just by reprograming the controller Max Speed (“MPH Overspeed”) to a higher limit number or by buying a plug in device that will divide the tach pulses from the pickup on the motor so the controller thinks you are going slower than you actually are.

More requires more parts in stages depending on how fast you want, but most are very easy because you have a speed advantage from the 8.9 gears.

Toss up a new thread and we’ll put more info there. It’ll get more attention than this one too, so more people will hopefully chime in.

I probably have 10k into my 2000. I had fun working on it and it’s been an awesome hobby. From a practical standpoint, I wouldn’t put more than motor and brakes into it. Get a new model before you start going crazy with upgrades.

Drive what you have now and enjoy it. If you like it, upgrade… There were lots of improvements in the newer models that are just hard to overcome in the older ones.

True, that’s one way. But there are other ways that cost less. Rodney has posted lots of mods that are pretty simple and inexpensive. I’ve held a sustained 38mph on stock tires on my 02 cauck (CArt - trUCK) which has a 10.35 in it. All I had modified at that point was a new motor, an MM (or maybe I owned a programmer by then I forget) and I was testing a lifepo4 7th battery rig for Dave. Had I used lead for #7, I’d have been at only about a grand. If I were to do it over for that particular vehicle, I’d have gone with a refurbished motor and taken $300 off of that cost. It’s kind of all up to you for what you want.

I am stock all the way currently. I do want to put some upgraded wheels and tires to have a little more curb appeal than the current stock hubcaps and super skinny tires!

As far as the motor, I have not looked at the nameplate, horsepower, etc. yet. I will find out that information tomorrow. I have read a little about the MM. Will the MM work on any motor or is it designed for specific horsepowers?

As you all have advised, a GEN owner can sink a bunch of money into these beauties quickly. I don’t want to spend tons of money on speed and honestly this thing will be used to cruise around the neighborhood or pick up some groceries. With that said, if I can pick up a few mph in speed for a few $, I am all for it.

As always, thanks for the help!

As long as you don’t have big hills to deal with, you should be fine. My problem was that I had a huge hill I had to get up and over to get anywhere. I had the 8.x:1 gear box and lithium and you could tell the motor was working overtime to climb that hill. Summer time, forget it… you could smell the motor smoking. Ended up putting in a 12.x:1 gearbox and an AC motor, it rips up the hills.

If your running on the flats, should be golden.

As long as your having fun,that’s all that matters. Wrenching on it, reading the forums, and doing the modifications was a good hobby for me.

The Magic Magnet aka: MM, should work with most of the common GEM motors. It’s not horsepower dependent. It may have a limitation based on the number of poles the tach pickup in the motor has, but I can’t recall. Best to check with Dave @Inwo about it if you are concerned. 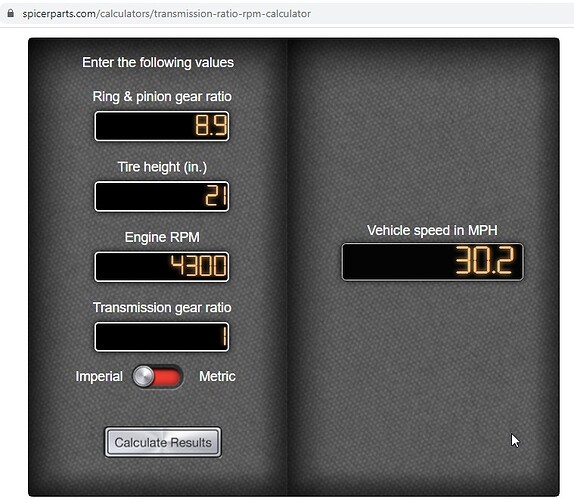 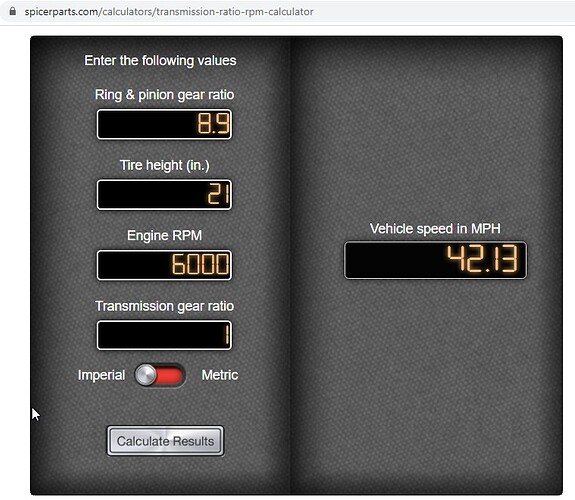 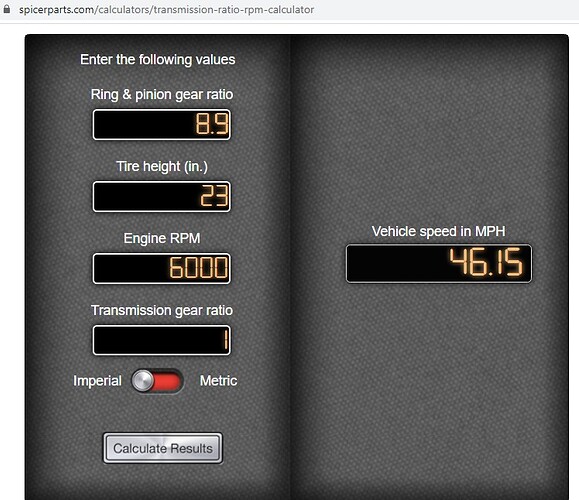 Tires taller than that might cause fitment problems with the fenders and the 8.9 gonna struggle on the launch to get them moving. Might actually be better just staying right around 21 total height and getting larger rims and rubber band tires.

What should I do ? 2004 eL new batteries but runs very slow , the guy that is selling it says it has brand new interstate batteries , new charger but knows nothing about it … He wants $1500.00 without batteries and $2600.00 with …this would be perfect for my needs but not sure if i want to gamble on it …any input in greatly appreciated …Stevie