I have a 1999 GEM 48 volt electric car and the dc/dc converter circuit board is bad. Does anyone know where I can purchase one. The one in my cart was recalled years ago, however is still original as I never received the recall.

I’ll invite the expert.
He can tell you if recall is still valid.
If not, he has the diagram to replace dc-dc with another brand.

That would be great. I understand the recall is no longer valid and my local guy cannot get the part as the 1999 48volt is too old and a rarity.

No 12V out…what would a
repair cost?

I’ve not seen one. If it’s just a simple 48 in and 12 out, a generic replacement should work.
No charge if I can’t repair. I can let you know before it costs you anything.
Guestimate $100-$150

If nothing else, by looking at it, I might be able to suggest a replacement.
Send me your email and I can forward the update information. It’s for 72v model, but might be close enough to be helpful.

How about a picture of board?

Understood and photo of board is attached. What do you think? It has a connector plug from ignition at lower right corner. 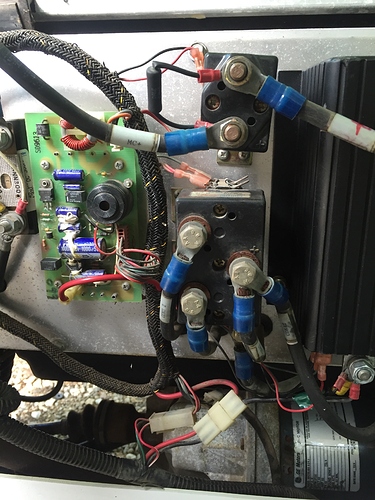 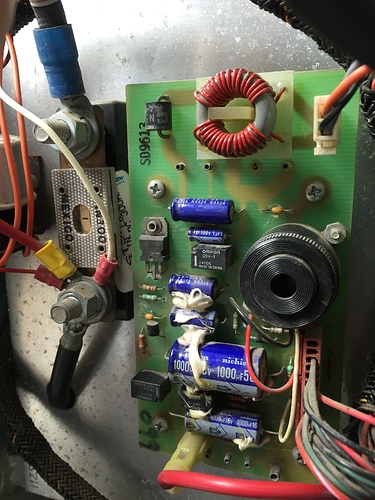 That’s a simple board.
Hard part is reverse engineering.
Is top right 48v in?
Check it!
Next is top blue capacitor.
Check it for 48volts.
Below left of blue cap. 3pin device bolted to board. Get me the part number.
Omron relay under cap. Coil voltage? It should click slightly with ign switch.
Similar on bottom left. Can you see what it is?

Please go thru and answer all the questions, so this won’t take two weeks to resolve.

I don’t see the mate to the big red wire on bottom. Should be a big black for dc-12v out or ground. 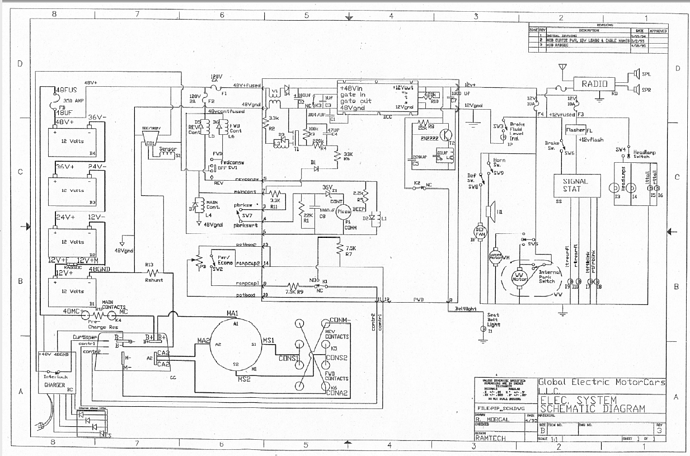 Thanks, file opened up in new window ok.

nice here is another one if it help 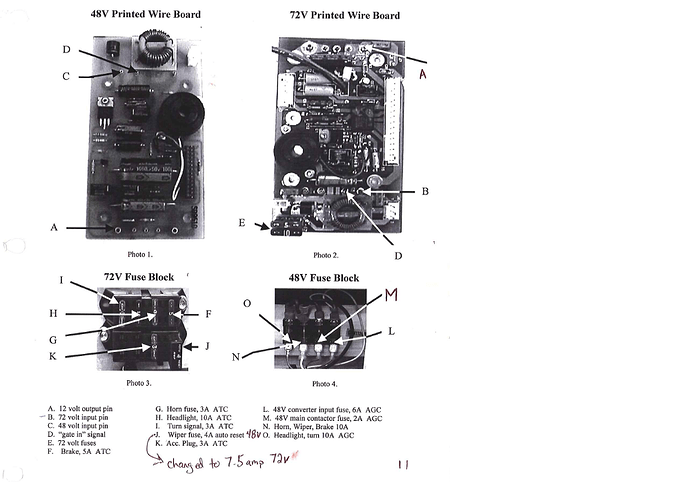 Help me find the actual dc to dc. 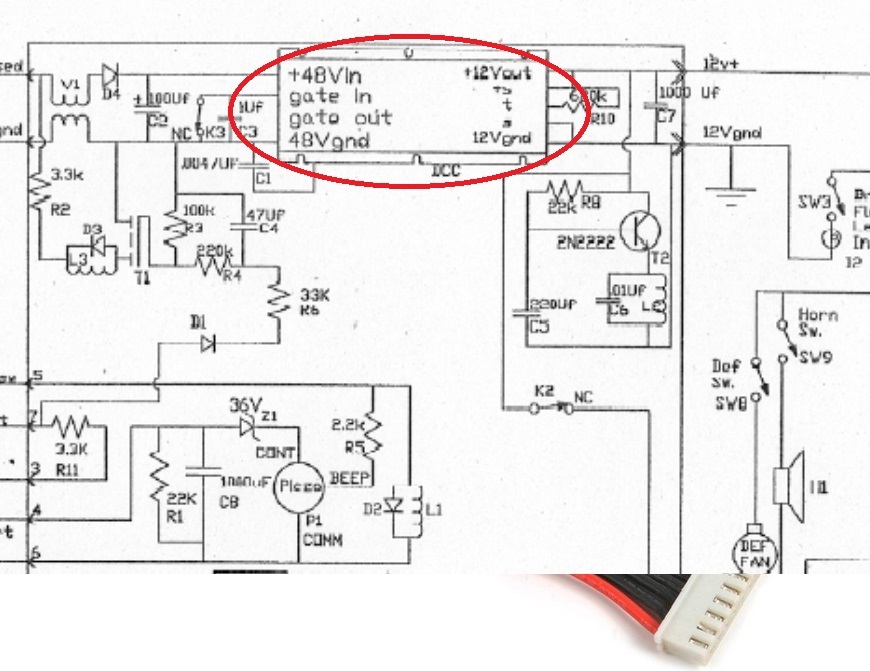 Hi i dont know but do you thinks this is the dcdc ? 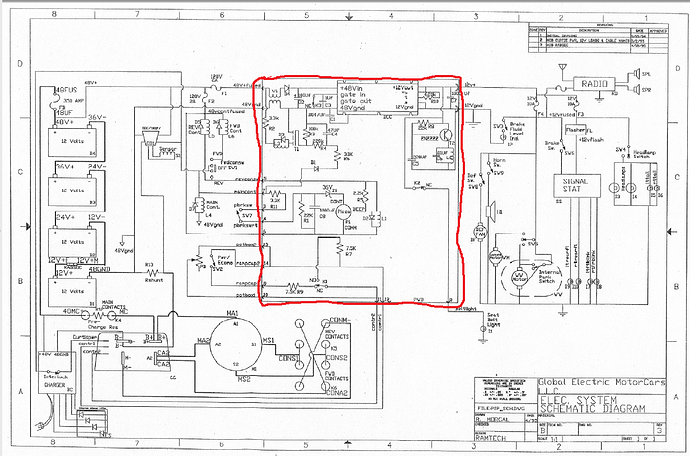 It’s the part that I circled. Top of your square.
I need to know physically where it is.
Back of the pcb maybe. Should be heatsink on it. It’s shown as part of the board.
Might be possible to replace that section only.

Would it best I send you the circuit board or get the part # information first? Probably would not be until Saturday as this
is the next time I have to spend on the GEM.

If you don’t want to trouble shoot further, send it to me.
I’ll pm the address.

Got the DC to Dc today.
It checks out fine.
Hope that’s good news.

Hi can you get a picture of dcdc ?