I’m considering swapping the halogen headlights out for HID Xenon a 2015 eM1400.

Sometimes the HID ballasts don’t play nice on modern car electrical by messing with the canbus data and so on.

Having only had the the vehicle for about a week and the service manual for less than that, it’s unclear to me at the current time if the eM even uses canbus or not.

Anyone know if there are any issues that might pop up with using HID ballasts on the new GEMs?

BTW, stock headlights are H4/ 9003 55watt each, and I I’m looking at 55w ballasts so ideally the power should be fine

So why would you not go with LED?

also, I wouldn’t even bother with HID, there are great LED bulbs right now that are amazing.

I have tried a couple LED replacements for the H4/9003 and haven’t found the ones I’ve looked at so far to be quite to my liking. Mainly focus issues the way the LEDs are placed on the pillar. I’m also not fond of the heat being kicked off by the sinks on the LEDs, but I think that can be managed.

I’m looking into a set of Hella M133 LED units to replace the existing halogen M133s, but they don’t seem to be readily available in the US.

also, I wouldn’t even bother with HID, there are great LED bulbs right now that are amazing.

That seems to be where I’m ending up. Seven or eight different sets of lamps ordered, only two decently fit into the Hella mounting rings, neither of which happen to be HID.

Seems I am going with LED inserts after all whether I like it or not… Assuming my Amazon account doesn’t get shut down first for returning too many “Unable to Install : Doesn’t fit” items. LOL.

I always forget to return items

. The good thing is that my account won’t be suspended lol.

There are some LEDs that has a small ballast, 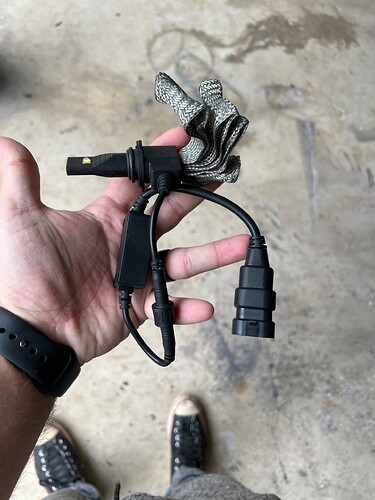 Some will have a fan., instead of the heat sink.
These kind of led is the one I was referring too,

Are you putting them in your em1400? If so let me know how they work out

For the moment, these seem to be the best (only) bet I’ve found. @djgabriel2004 they seem to be about what you were describing, these happen to be fanless. Not sure if that’s good or bad, good for the amount of dirt that gets up there, bad for the lack of a high speed or even constant breeze under the hood.

These were about the only ones that fit in the Hella lamp holders. Getting their bases past the o-ring the first time can be a bit of a pain. Can only put a drop or two of water on the o-ring as a lubricant and I had to use a plastic shim to push the o-ring back down in spots as I worked the new bases in. Pretty much all the other lamps I tired, the LED bases wouldn’t even clear the ID of the hole in the lamp holder. 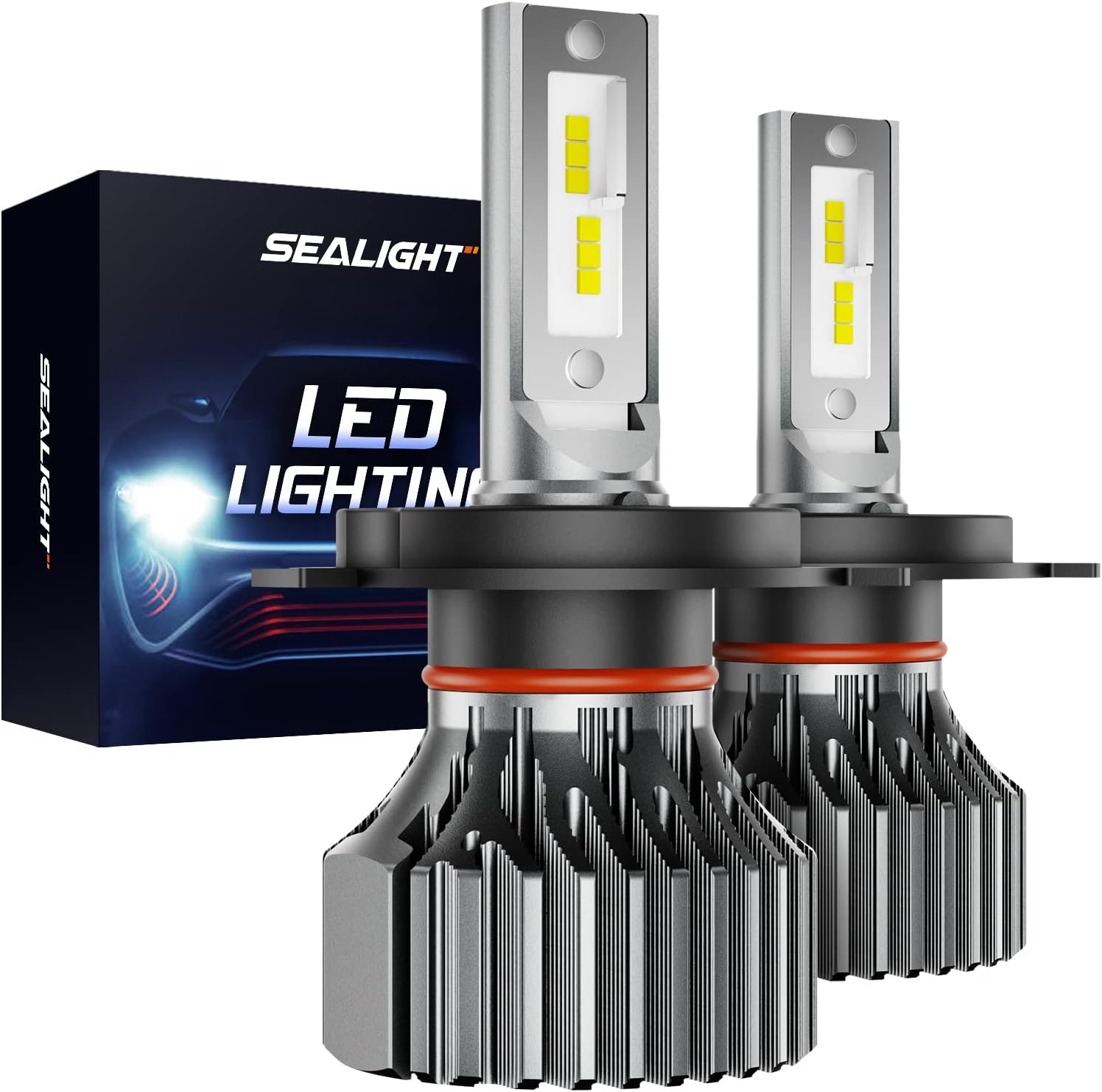 @Derrick - yes, on the eM1400. I’ll keep you posted - haven’t really tested them yet, have to re-aim the headlights first, these are shooting way, way high. I’ll probably just start an eM1400 upgrade thread for all the small stuff like this.

My understanding is that they started to put fans in the led bulbs for us people up north that have to deal with snow and ice. The early bulbs wouldn’t put out enough heat to melt the snow and ice buildup on the headlight lens so they started putting fans on the bulbs to blow the heat into the headlight housing.

Makes sense. That would be nice even here, we get a lot of night / early AM light fog in the winter months and that moisture gets into the light housing and turns into a diffuser. That moisture probably can’t be good for the reflective coating either. These put out a crap-ton of heat too, I’ll shoot a thermal image when I next mess around with them at night. Unfortunately, none of the fan cooled ones I tried would fit in the lamp holder ring.

Just for shits and giggles, I’ll probably eventually see if I can do something useful with the marker lamps that aren’t even connected.

Yes. I’ve use the ones I’ve sent you in my Ram, the other ones with Solid heat sink didn’t fit inside the headlight housing and I didn’t want to leave them open,.
Otherwise I would have gone with a Fan or even the one One of the link.

I wish the eM1400’s had come with LED headlights. The Hella M133 LED seems to be both rare / low inventory and generally only be available in Europe…
.
.
.
… and going for about 250 euros and up each.

Damn nice light though. The coverage graphs are wicked.

What is the size of the light or opening on that eM1400?
Is the light mounted on the movable hood like the Gem?
Is the light nested in a pocket(like a production car) or behind on a bracket and shining through a bezel/trim ring?
(trying to get a picture of what you are dealing with before offering stupid suggestions)

I put in my led’s and not impressed. They are whiter but seem to light up the road any better. Will test them some more. If anyone finds some good ones please let me know.

(At the risk of another restraining order being issued over a huge misunderstanding…)
Show me what you got ?
and what it is producing.
Road pattern and what it looks like on a wall or garage door.
I’ll show you what I’m working on. We’ll see if I can compete. 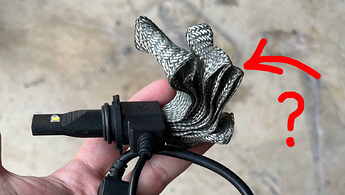 WTH?!?!? - Is this light module using the woven material as a heat sink?

The problem with LED conversion is that the car is calibrated to a specific Light bulbs so even tho the new ones are brighter the beam isn’t focused because most likely the new Bulb is a bit different so the beam is not pointing straight where it should. That’s why most modern cars have projectors in their headlights

WTH?!?!? - Is this light module using the woven material as a heat sink?

Yea, I bought it that way, the RAM headlight space is limited and it has 2 new Leds, 2 little led drivers & 2 canbus adapter (to prevent having the warning light on the dashboard) tight but I was able to close the headlight

I haven’t had the time of late to really pick this back up, it’s kind of just sitting. Maybe this weekend after I get a few pressing commitments out of the way I can get some time to either work on Emmy or go back to chopping up the '02 so I can have my driveway back.

I think the count is up to 10 (?) different brands or models of H4/9003 LED inserts plus an HID or two tried so far, but only 2 sets have fit in the housings and one of them was kind of a meh…

If you really wanted to open your options, you could also look in replacing the whole headlight assembly with one out of a Polaris ranger. In my opinion they look much better but are also most likely not DOT approved.

They do look clean, a bit like the current design used on Jeeps. Spendy though.

I’m thinking I might modify the existing light housings to hold 2 identical 3" or 4" round lights per side plus halos. That way I’ll look like a BeMW at night…