I recently purchased a 2007 E4 looks like the controller number ends with T4. I was planning to use 10S 72V lithium ion, but the packs I purchased are actually 24S 90V and it would be much easier to leave them intact. I initially planned to strip 4 cells for 20S, but since I see people are actually going to 90V, I am hoping you guys can fill me in on what I would have to do to run 24S. I have a Chargery BMS 24T on the way so that would work as well. I don’t mind buying a charger if needed I have been poking around the forum a bit now but obviously need to do more since much of what I want to learn and try has probably already been done.

I have mostly seen users talking about 90V on other carts, not 2007. I am a new Gem owner and trying to learn, I am not sure what model year cut offs have significant changes. What years are the same as the 2007? Will all 2007’s have a T4 controller and the same motor or do components vary between models for the same year?

I’m new to Gems and any help would be appreciated.

My most important question is, for a stock 2007 E4 to run Li-Ion 24S 86-88V nominal up to 100V fully charged, what would I have to do? Are there voltage sense wires on the charger or ESC that need to be tricked? Will the defroster and other things stop working? (thought I read that somewhere here). What are the maximum voltage limits for all components in the stock 2007 E4? Can I go slightly higher?

I would not mind limiting the cells in the 24S pack to 4V (96V) or 4.1V (98.4V) for longer life and to help keep within max voltage limits for componenets.

The high voltage gem conversions started on this forum. Lots of us run up to 100v without problems.
The t4 needs to be spoofed into running with higher voltage.
The 72v dq charger goes up to 98v.
The heater will not take 100v.
The main contactor will run hot, it’s best to limit the current through coil.
You need a light foot to drive, as controller is tuned to 72v.
The throttle can be padded to compensate. Most just take it a little easy, and don’t “spongebob” it.

Is there a voltage sensing wire that needs spoofing on the T4? Or how is this done?

Is there a charging profile on the stock delta q that it should be programmed to for the best results? They don’t show specific details of their algorithms that I’ve been able to find anyway.

For the contactor, do you add a resister? Do you know ohms and watts? What specific coil?

The charger will work without modification or programming? That would be awesome as it was a concern.

Light foot? is there a way to change the leverage, I’ll look when it’s an issue…

Can I add something to drop the voltage to the heater? I’ll look into this and post to help others if it’s not been done yet.

The voltage on P1 needs to be less than about 85 volts when key is tuned on.
Profile 177 is 98.5 volts.
Search threads for resistor sizing or measure contactor coil resistance. Add about 10%-20% resistance in series. A buck converter should work. 100v in-~60v out. Not tested.
Heater has not been looked at yet. Measure watts or current and look for a DC motor speed controller that will adjust the output. Cheap on Ebay.
Throttle can be changed electrically and controller programmed , but has not been a big enough issue to tackle.

Incidentally, my T4 has a printed label sticker with a red dot covering the original model number portion of the label. It reads IC3645SR7A353T4 , R05 GL4J.

177 is the DeltaQ charger profile.

I have programming cables for T4. $150 with sw or link to it.
15v spoof $25
I can search the threads or test mine to find a resistor for you.
Reprogramming charger $100. I’m in Mn. but there are forum members all over the country that can do it also. Where are you located?

All you need to test it is the spoof. The oem charger will keep battery from going dead, but won’t put many miles back in the battery. 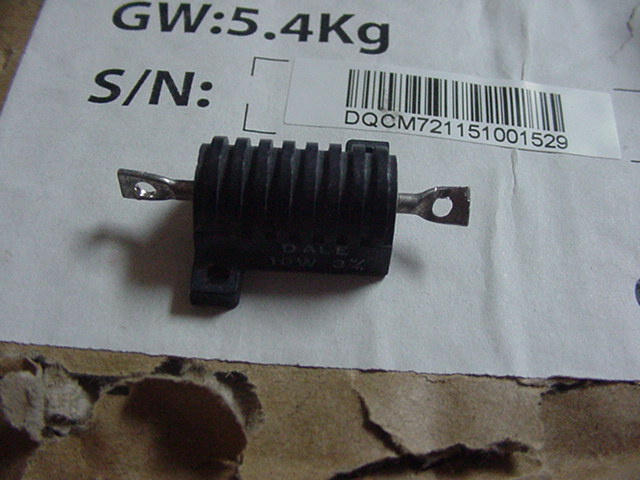 I thought the Chargers used for GEM started with DQCP thus were not capable of accepting uploaded charging Algorithms via usb programmer? Have you found the GEM version starting DQCP to be programmable? I thought I was limited to the on board charge profiles. I actually ordered a Delta programmer anticipating testing different algorithms for optimal results. I purchased a broken Delta I might see if I can fix or change maybe change the brain into mine but I’m open to guidance. Have you have any luck with their Samsung lithium profile? Presumably it’s the only publicly available Li-Ion profile, the other lithium seems to be li-fe. I would have happily paid you for the charger programming but I’m already in deep$…

I’m happy to buy the 15V spoof and the 177 algorithm, I have a charger and usb programmer on the way, I did not realize you had already figured this out. Is this your main business or hobby?

Do I need to reprogram the T4 for any reason? I thought the 177 was referring to that, but you meant the charger.

I’m retired, but batteries and Gem hotrodding is on my mind 24/7.
I try to make enough money to pay for my mistakes.
See if there is a big black dot next to the dqcp.

2007 is right on the border of programmable.

I paid for lithium profiles, so I don’t share them readily.

I can use another programmer. Trade for some other stuff.
Is the new charger for lithium?

I paid $180 for the new Delta Q programmer it’s on its way to me now. I was planning to try other programs, and also program a charger or two for my dad’s EV’s since I’ve been getting him to go Lithium. He was president of EAA for about 10 years, and was helping with and dealing with EV conversions with hobbyists since before I was born (I’m 44).

Before I even get into charging I want to get it running, I have a feeling I may have other challenges ahead. I was looking at what I have as far as diagrams, it looks like all I would need is one or two Xener Diodes and depending on the current draw maybe a resister to drop the voltage on pin 1 of the controller. Is that what you want to sell me for $25? Does that include shipping? How quickly can you ship that? Thanks.

That works. I use two 7.5v zener in series.
You can cut the wire if you want. I don’t like to mess up the oem harness, so I put them on a short lead with ampseal pins.

Did you test current on pin 1, do you know the load, two 5w or 1w? I think I might have some somewhere. I can test but I’d have to discharge my battery some first.

5 watt is what I use. A single 15v works too but runs pretty hot. Checked it at one time.

So the rain finally took a break and I removed the old batteries from the cart, setup and installed the 24S lithium battery, but not before discharging it to 85V so my understanding is there are no mods necessary yet. This thing has not been powered up in a long time and may have been stored in a moist environment. I connected power and turned the key on and nothing. No clicking, no voltage drop, nothing, no power at the 12V socket. I checked the fuses in the center of the dash, they all look ok with the exception of the bottom left missing but it looks like that’s a spare. My understanding is the ignition sends 72V to the DC to DC converter, that produces the 12V for the main contactor to click, does that sound correct? One of these things is obviouisly not happening. Suggestions on order of testing/trouble shooting? I think I need to spend some time with the diagrams for now. I’m thinking I have to take the dash apart and I will be testing the power in and out of the ignition switch then to the DC to DC and so on. I will get it running before going to higher voltages.

Car needs 72v from the charger green wire to run.
Should have 12v all the time from dc-dc.
Is main switch on?

What do you mean the car needs 72V from the charger to run? It will not run without the charger? By main switch Do you mean the breaker by the fuses and the switch on left of the dash? If so yes, both are on.

Exactly, the green wire from connected charger needs to supply B+ for car to run. It is the interlock system.
I don’t believe that it fixes your other symptoms. You also need constant 12v from dc-dc.

So when the charger is not plugged in, it supplies 72V on the green wire to the interlock? 72v probably just being the battery voltage correct? Thank you