This is a mint condition, older unit. I’m not familiar with it, but the woman who owns it asked me to look at it after seeing my converted eL. This setup is totally different from mine - as far as I got was plugging it in and the thing beeps angrily (and keeps beeping) and there’s a red LED in the center of the dash that flashes. Batteries look pretty good, and overall this vehicle has barely been driven even though I’m guessing it’s 15 years old or older. I would love to buy it but no way she’ll ever sell. Just trying to help someone out. Any quick fixes out there? Some kind of re-set? This cart has never had any problems before now. No error code - it has that small dash readout (GE).

Different chargers have different error codes. What charger is in the vehicle? It’s under the dash in the center.

Probably ought to look over at the DC-DC converter (in front of the passenger, down at the bottom) while you are in there see if the recall service has been done. If it’s an open board and not a sealed black aluminum box, then the cart needs to be upgraded. The open boards kind of had a tendency to catch fire…

You can run the VIN through NTSB recall database too.

Back to the charger…
Is the master disconnect set to on when you are trying to charge it? Flashing red + constant beep can indicate low pack voltage, too low for the charger to start. Check it with a meter and bring each battery up individually if necessary.

The master switch doesn’t seem to make a difference - same error code with it on or off.

Going to charge the batteries individually, see if that helps. Thanks for the tip on the converter - I’ll check that for her too.

Check the date on the batteries and the type along with the charger and if it has settings, that it’s set correctly for the batteries. There is also a main system fuse on the frame rail under the seat IIRC.

Unfortunately, it’s not uncommon for the wrong batteries to get sold to GEM owners by the genius at the battery counter who knows jack and shyt about these vehicles, nor even how to check a charger, or even spend a minute or three on the internet to research it, and is really only just interested in their commission check or the hobag with the clapped out accura on bay 2.

The early ones are the most common to fall to this it seems. The silver cased Schott chargers can only do flooded lead acid. The early Zivan NG-1s didn’t even have that many profile settings (flooded and gel, AGM came later) and there was even one posted here by another user who had one that was so old, it didn’t even have the profile setting dial.

This is the charger. I think that’s what happened — her “handyman” replaced the batteries this spring, probably a different type than was in there, and I KNOW he didn’t re-program the charger.

I’m charging the batteries one at a time (disconnected) with an everyday (well, it’s kind of a nice Stanley) battery charger. Is this okay? Meanwhile, I gotta go back out there and see what type of batteries “Bob” put in there. I guess there’s a dial on the side of this thing? I didn’t see it, but it was kinda dark, etc and I didn’t know where to look. 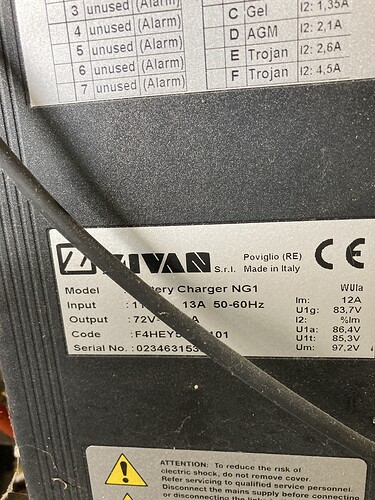 So, this looks like it has AGM setting, as well as others. Sometimes it’s not that easy to tell which kind of batteries are in there based on the marketing hype on the labels. May have to do more research…

The dial is on “top” the way it’s installed in the GEM - left side (you’re correct, its the side per the drawings) under a cover up sticker. Very small micro dial under there.

No microcode update sticker. That charger never went back to electric conversions for update. Scrape the extra varnish off the interlock terminals (orange and or/gr wires IIRC).

Definitely check the DC-DC converter if the charger was never updated. The recalls are still valid and Polaris is still honoring them.

Can’t say if it’s ok with the stanley charger or not, as don’t know about the charger or what type of batteries they are or what state they are in. If it’s not a gel charger and they are gels, you’ll bake the crap out of them. Same with AGM. If they are flooded and the water is low, charging them isn’t doing any favors.

So, there was a recall on the charger too?

The converter was not replaced - it’s the board type like you said. Hasn’t caught fire in 20 years so…

This isn’t my vehicle and I’m not getting paid, not sure how deep I want to go on this, but I’ll see what my nearest Polaris dealer says on the recalls.

Meanwhile - I need to figure out what the new batteries ARE and then set the charger dial accordingly, yes? 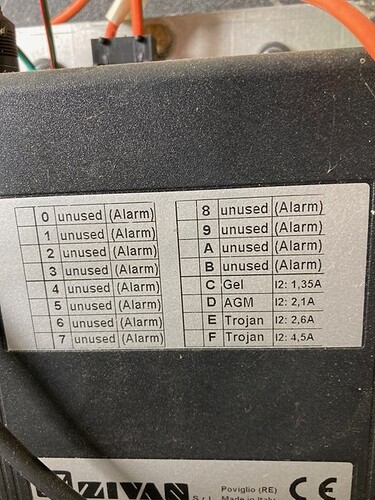 Polaris will replace DC/DC under warranty as well as the parking brake switch under a separate recall. Run the VIN at nhtsa.gov and confirm the open recalls.

The converter was not replaced - it’s the board type like you said. Hasn’t caught fire in 20 years so…

This isn’t my vehicle and I’m not getting paid, not sure how deep I want to go on this,

And now when it burns down after you touched it, you’re potentially liable! HAHAHAHAHAHAHH! Amerkia…vat a cuntry!

I think the charger was a voluntary recall for updates. They changed the profiles a bit. You can live without it, it just might undercharge big batteries a bit.

I think the charger update will also restart charging if left plugged in and not attended. (I think a week?)

Right now it will only go through one cycle and shut down.

If you have a meter it really helps figuring out what is going on before coming up with a plan. Note what state the batteries are in before attempting to charge them with your external car charger. Hitting each one for a couple hours isn’t going to kill them. However- if you forget and come back the next day it may be an issue.

It’s this one - says okay for Gel or AGM or Wet.

Heading back out to check out what actual batteries she has, and set the charger accordingly. Hopefully “Bob” the handyman didn’t damage them by not re-setting the charger when he kindly replaced her batteries this spring. They have like 20 miles on them if that, but could be damaged I guess if wrong profile was repeatedly used.

I think the charger update will also restart charging if left plugged in and not attended. (I think a week?)

I forgot about that. Yes, the “7 day restart” code.

They have like 20 miles on them if that, but could be damaged I guess if wrong profile was repeatedly used.

Miles aren’t as relevant as the number of improper charge cycles.

If that charger was set to the big Trojan setting for XH30 & T1275s, and “Blow It Up Bob” put gels in there, it won’t take too many cycles of being charged to a finish at 94+V to smoke them.

Sorry, I don’t understand. This charger will restart in a week?

When they updated the firmware on the chargers, they lengthened the charging cycles and added code to have the charger automatically reboot and start the charge cycle over after being left plugged in for 7 days.

Okay, well, I may have thrown “Bob” (that’s actually his name, don’t need quotes) under the bus falsely. I should have noticed the filler caps on the batteries and realized they were wet cells (DUH!) right away. Charger is set on E, which is for 2.6A Trojans — this should be right, right?

So now I’m back to charging the batteries individually with my car charger, one down, 5 to go. Makes me wonder what went wrong though. This shouldn’t have happened.

I keep forgetting to check that big main fuse on the rail every time I go out there. Maybe that’s what happened?

And things happen for a reason — I will process the recall on the DC converter so she doesn’t catch fire. Did not know about it, you guys may have saved a vehicle (or maybe even a life!).

If, after I bring the batteries up, this thing still won’t charge, I’ll have to look at sending the charger somewhere to get updated.

I didn’t fully understand th “7-day reset” comment. So THIS charger will do that? Or do I have to have it updated for that function to work? Not ideal to wait a week, but easier than removing and sending the charger somewhere. 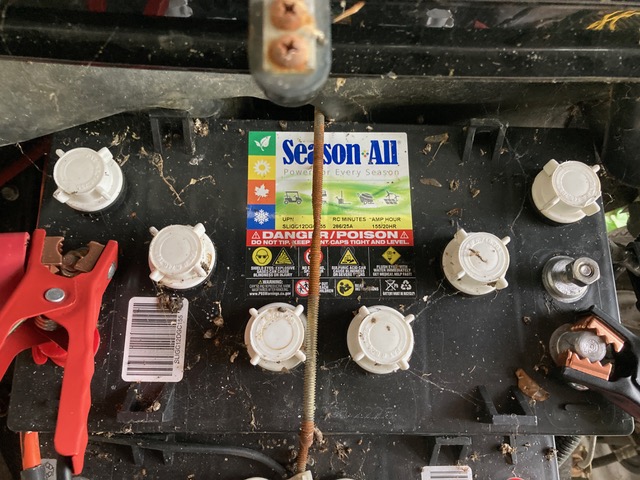 It looks like your charger has not been updated so NO it does not have the reset timer in it’s programming. I believe it was meant for the vacationers so they can leave their car plugged in and not have the batteries go flat in between visits.

This topic change takes one down a totally different rabbit hole and not really related to your present issue.

E is correct for those batteries. What group size are they?

Did you check the water?

Without the 7 day restart code then when you plug the charger in, it charges, finishes and that’s it. It won’t initiate a charge cycle again until you unplug it and plug it back in.

With the upgrade, after 7 days it resets itself and charges the batteries again.

Only one place to send the charger, Electric Conversions in Sacramento, CA. Sole distributor. One man and his dog operation. The guy is a genius, but slow with customer service items that get mailed in.

The upgrade itself takes less than 30 minutes. He did mine in like 11 minutes 17 seconds while giving me a tour of the shop.