I found myself interested in the GEMs originally because I liked that they came street legal, which included a 3 point seat belts that I would let me install car seats for the kids. I bought a 2000 initially and it was great, car seats would go in and it would lock mechanically at the buckle.

Fast forward to my 2016, I don’t think the seat belts lock at all. I didn’t think it was legal to produce a street legal car without locking seatbelts.

Lock it up! How to Lock a Seat Belt for Car Seat Installation - Car Seats For The Littles.

Curious if any 2016+ owners have installed car seats? How did you do it? Did you swap the seat belts? Ratchet straps to the seat frame?

Here’s my buckle. It doesn’t ratchet either when I pull the belt out all the way like it does in a modern car. 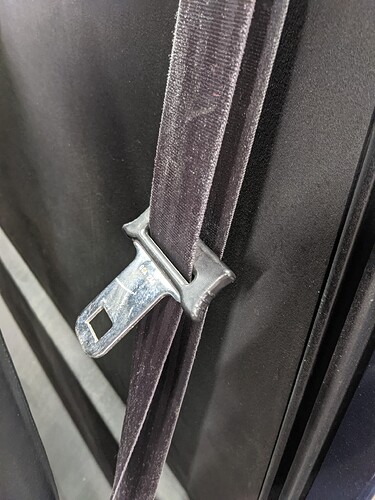 Think i may have solved my problem with these $3 clips. Figure I’ll try that before replacing the entire belt mechanism.

@Erniea15 did this up working for you? Trouble shooting the same thing right now

Bought the referenced locking device off Amazon and that did the trick. That said, I was a little sketched out about having too much faith in that hack so I rachet strapped the car seats in as well. 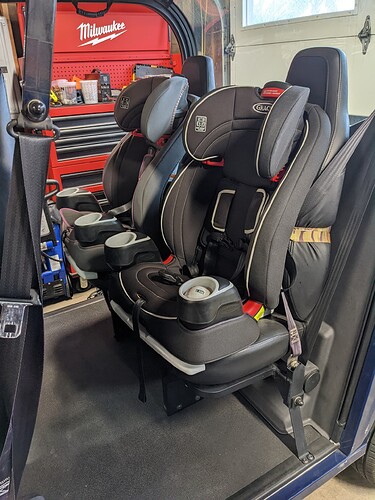 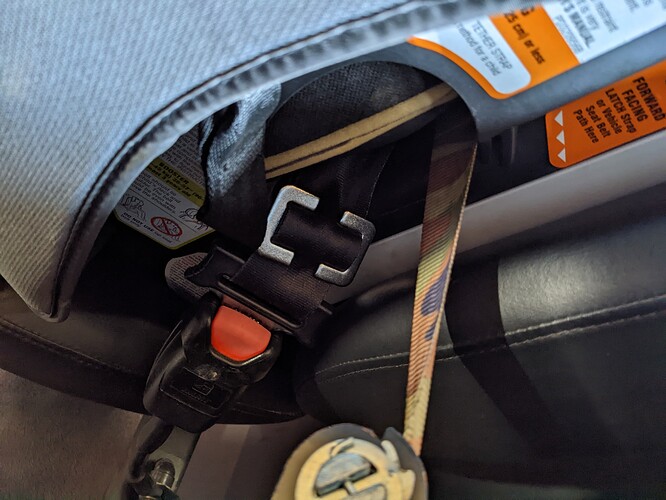 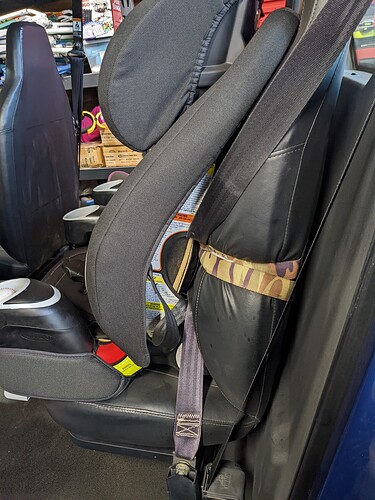 I get a lot of kudos from the grandparents in the neighborhood saying they appreciate I have my kids strapped in vs hanging off a rear facing seat like most with traditional golf carts do.

I like the innovation of the ratchet strap. Me being me, I would add stainless lock wire to prevent an accidental unspooling .

I have my kids strapped in vs hanging off a rear facing seat like most with traditional golf carts do.

Ironically, here in CA where we are, unprotected rear facing jump seats aren’t even legal to put passengers in if you are operating on public roads and highways. So they have a good point

Unfortunately I have a bench seat in the back, so I don’t think I can achieve the same effect.

@jrjava is up ever done anything similar? Also what was the lock you mention re: tethering?

Also what was the lock you mention re: tethering? Safety wire or locking-wire is a type of positive locking device that prevents fasteners from falling out due to vibration and other forces. The presence of safety wiring may also serve to indicate that the fasteners have been properly tightened. Safety wire is available in a variety of gauges and materials, depending on the application. In aircraft and racing applications, stainless steel wire is used, such as in 0.032 in (0.81 mm) diameter. Typically, the wire is threaded through a hole dri...

Assuming this is for a 2002 (based on your handle)? My 2000 had mechanical locks in the buckle, that did the trick for my first GEM. I flipped a 2002 and it didn’t. Guy I sold it to had kids and needed to install car seats too so I replaced the rear seatbelts with these -

It’s a bit of work to get to the retractors in the rear but doable. One thing to note here, be careful of the length you order. Most are designed to be floor to floor (retractor to the buckle). The retractor behind the rear seat is up high so the seatbelts I had were too long e.g they wouldn’t pull in all the way when no one was in the seat. I had to have an upholstery shop cut about 2 feet out of the belt and re-stitch it…

You could also probably hook straps around the rear frame before putting the bench seat on, and then cinch everything down once the bench is in place. I look at the ratchet straps as your 3rd line of defense.

I’m kind of surprised GEM doesn’t have some type of locking mechanism. I thought that was a law for any street legal vehicle manufactured after the mid-90s. Maybe since they aren’t crash tested?? Got me???

Point of all that rambling, think you’d be fine with the Amazon belt locks

You could also probably hook straps around the rear frame before putting the bench seat on, and then cinch everything down once the bench is in place.

Big THANK YOU for all the tips. Seatbelt solve is a great one to have in my back pocket, but certainly sounds involved.

Going to try Amazon clip. I also found a way to attach the tether to the trunk in the back. It’s slightly off center, but should help it from shifting forward. Next step will be to play with the ratchet straps. 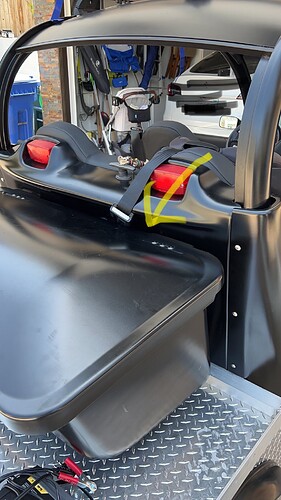 My thought was to loop a ratchet strap around the aluminum frame (silver on the left), through the car seat, and around the frame on the other side. You’d leave everything loose until the bench and car seat was in place, then tighten it down. 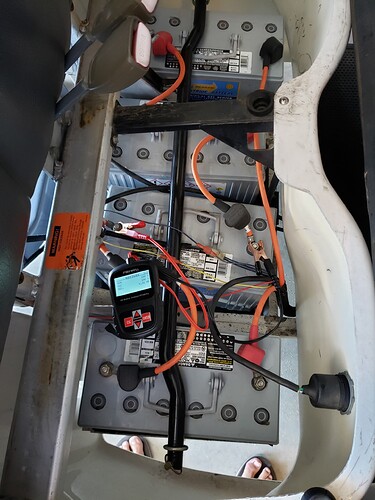 If you bolted in some eye hooks like this, you might even be able to use the lower car seat anchors that clip into the newer cars

Amazing, thank you dude. Will dig around and see what makes sense when I get the straps and seatbelt clip in from Amazon.

Really appreciate the help on this. Great welcome to the forums.

I also found a way to attach the tether to the trunk in the back. It’s slightly off center, but should help it from shifting forward.

That attachment point is only rated for 100lbs, and who knows what safety factor was used in the design. So, you might be putting yourself at risk of a failure of the mount point n an accident or even possibly in a very rapid deceleration.

One of the two main reasons for me selling our eZGo-type NEV and getting a GEM was because of the 4 front facing seats. The other was the locking trunk. I had welded “U” clips on the seatbelt bar of the eZGo-type NEV and most of the time the little one was with me in the front seat. When all three of us were in the NEV it was mom and child in the back and me playing chauffeur.

On the GEM, I would probably look at welding up a plate with the “U” hooks and bolting them to the cross-bar the seatbelts are attached to. We only have one and until we got a 2nd car seat we were swapping it around a bunch so the clips were preferred over pulling the seatbelts through and locking them down. I had also welded a “U” hook on so that the upper carseat strap could be used to keep the carseats from flipping forward on hard stops or worst.

By the time we got the GEM she was in a booster so I never went through what Ernie and others are going through but I would think that big flat beam behind the seats would be sufficient to hold some “U” clips on a plate.

I had added a steel tube across the upper roof supports on the eZGo-type NEV we had. I’m wondering if two brackets could be formed to hold a heavy gauge tubing across the rear window opening just above the headrests to clip onto. Painted black or wrapped it might not even be noticed.

I’ve got it linked to the box/trunk attachment. But point taken. I think it’s safety measure 3 of 3. So some redundancy built in.