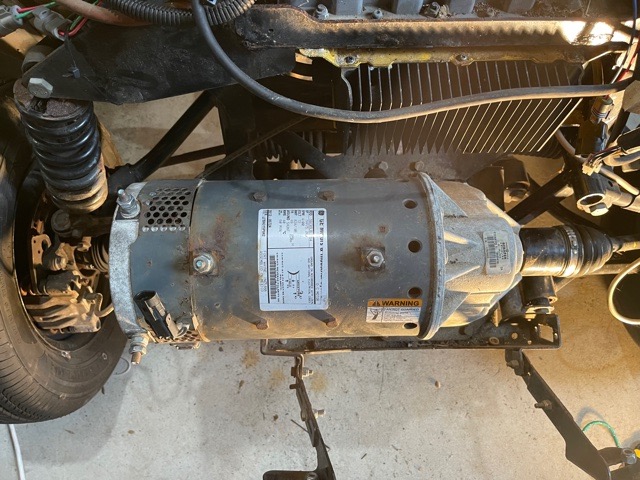 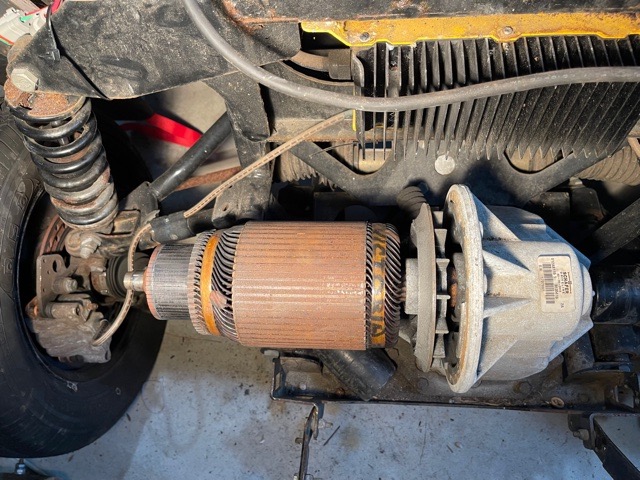 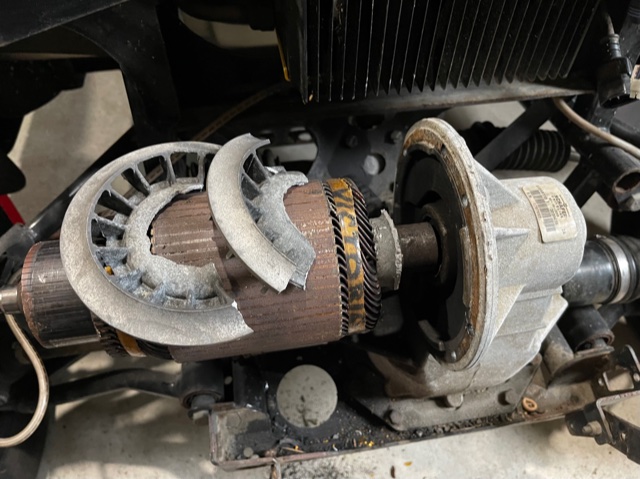 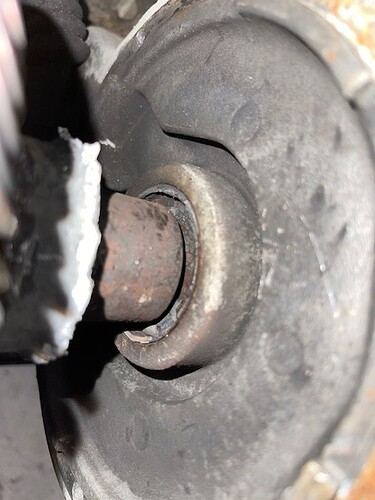 I was trying to replace the motor on my 2013 Gem E6 but this thing won’t budge. Took all proper bolts out, motor spins but the splines are seized together I went out and bought a heat torch today but no luck. In my attempt to remove it after I applied an extensive amount of heat I wound up cracking this piece off and the motor still won’t budge. Not a clue where to go from here. Wish I had just left the motor it ran fine but I had a motor 5 years newer I wanted to swap it out for. Thanks.

Your motor is named “Victoria”? If you want her to budge, you might want to try some soft music, wine, roses, chocolates… Jewelry is always good too.

lol first time I opened the motor up I assume someone on the factory line put their stamp on it? Victoria is still stuck on my shaft

For a fleeing second, I was worried you wrote that and it meant something important.

At this point, all I can suggest is cutting the collar off the motor and using penetrating oil, heat and a gear puller.

Can’t save Victoria, but you can at least save your shaft.

Actually, another option is if you can get to the snap ring that holds the oil seal and bearing for the input shaft in place and release it, you can pull the shaft with Victoria.

It looks like with the heat from Victoria’s collar you going to need new seals on your shaft anyway.

Yeah not sure heat was the best thing I could have done but was advised to try it. At this point I’m just trying to avoid any further damage to the trans but I know the motors going to probably wind up in touch shape if I can get it off.

ill try to YouTube this first , not very mechanically inclined nor do I have a lot of the tools that probably would have made this whole thing go a lot smoother but thank you.

Worst case is a set of used gears are pretty cheap.

I am working a neighbor’s club car with the same problem. I stopped by my local GC Speed shop and asked what they do. The guys says a squirt of penetrating oil every day and give it a little wiggle then walk away. It might take two weeks but just keep at it.

Don’t toss that motor! I’m stupid enough to try and fix it. Where are you located?

This morning I decide to take the gem car outside my garage to work on causing the motor to rotate a couple of times naturally and I think with the weight on the splines in different positions loosened it up because it then came right off so I recommend that also, naturally just make sure you have the motor strapped up so it doesn’t fall. Any advice on a specific spline grease I should be using before I put the other motor back on. I am on Long Island NY

finally got it off this morning after rolling the gem car out of the garage. Pretty sure the weight of on the splines making rotations loosened it up. Also probably just letting the WD40 set in overnight to do its thing.

The best in Honda m77 assembly paste. Much ticker than a grease.

Mike is likely correct, you might need new oil seals on the input shaft.

Clean up your input shaft and seals, post a photo or two. The input shafts are super easy to change, you just take out the internal snap ring that holds it in place, wrap a rag around the shaft, grab it with vice grips and yank it. 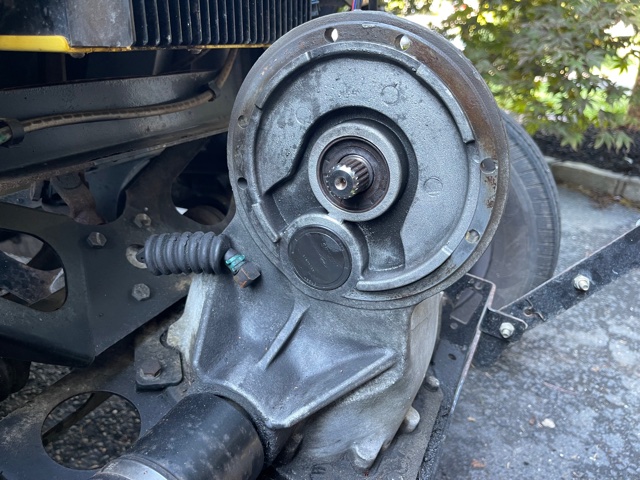 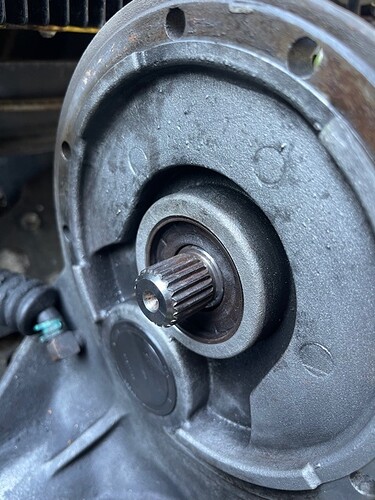 Anything in particular I should be looking for such as leaking gear box oil? I moved the cart back and forth to see if any gear oil comes out anywhere and don’t seem to be seeing any but naturally it’s not under much load.

I can’t really tell from the pictures - I would look for cracked/ripped/shrunken rubber in the seal. If not, your probably good.
From what I can see it does not look too bad?

While your at it suck out the old gear oil and put in some nice new synthetic.
I use Royal Purple 75/90 gear oil.

I’ll search for some posts on changing out the oil , pretty straight forward?

Yea, one rubber plug, pull it out, you have to suck the oil out with a tube and pump. Then refill until the oil runs out the hole, put the plug back in done and done/