Results from online parts searches are mediocre at best because the dimensions aren’t always listed or indexed. I’ll talk to the local auto parts store and probably give Summit Racing a call, hopefully get a hold of someone who works in that department, but hoping someone else might have found something already.

Looks like Old_Houseboater sold out a long time ago (post from 2017) and I’d rather not go with the duct tape solution.

I sold the last of replacement shock bushings for the early GEM shocks. I still have the larger bushings for later models. Here is a work around for worn out bushings. Remove the old bushings and clean up the spacer. Wrap it with swveral layers of GORILLA tape and drive it back in the shock with a hammer or press it in with a vice or press. Lasts a long time Rodney What say you?

I’m in the same boat as jrjava.

Do you have an update on the bushings? I’m in a similar position but have a little different size. Thanks

McMaster-Carr is the complete source for your plant with over 580,000 products. 98% of products ordered ship from stock and deliver same or next day. 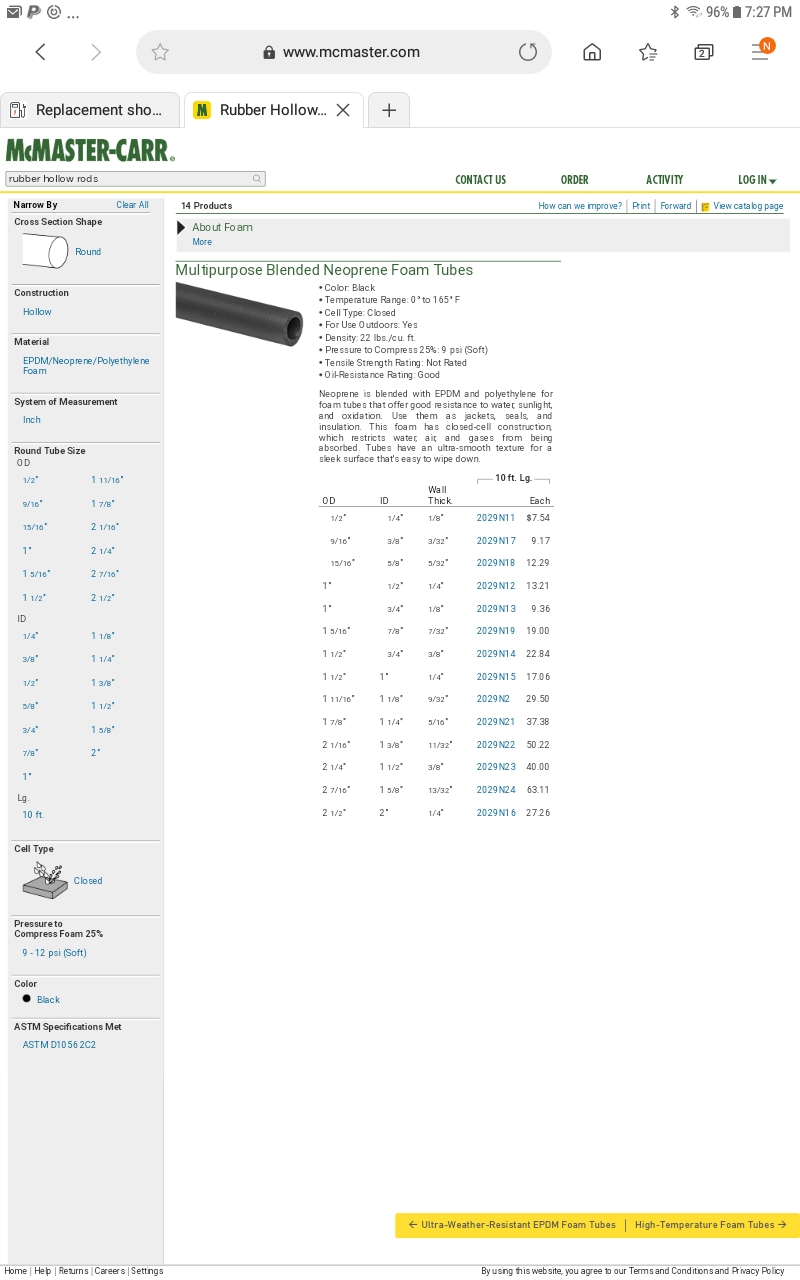 Yeah, it’s dual sleeved - outer and inner. I suspect that tubing would be too soft / compressible though.

I seem to recall reading that the shocks are custom made by Monroe for the GEMs, so there really are no aftermarket parts. The shock bushings are however very close in design to the chassis suspension bushings from a polaris bronco - there might even be a direct matchup, or at least a sledgehammer & grinder fit, but with no dimensions listed by polaris, just years and models, it might take a trip to a well stocked dealer.

I’ll dig up my notes on possible part numbers later.

I was thinking too hard. They are listed as hard and extra hard.

The hard or extra hard might work, be nice to know the weight distribution on the GEM though.

I was just looking at what was in the screenshot “25% compression at 9psi : soft” i think the GEM would crush those.

bushings from a polaris bronco

Those do look very close according to the ebay pics.

The shocks have visibly different spring rates and travel length, but maybe some parts can be crossed over with a 3lb hammer.

I thought I had dimensions from my old shocks on the bushings at work, I was mistaken.

seems to be a market for 1-piece polaris shock bushings. Just need to get dimensions from the vendor. 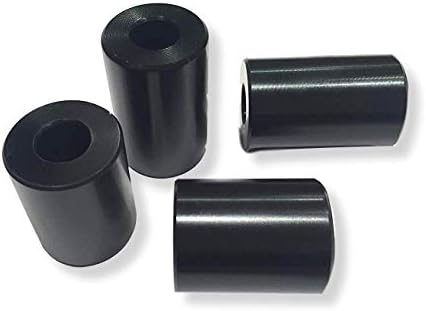 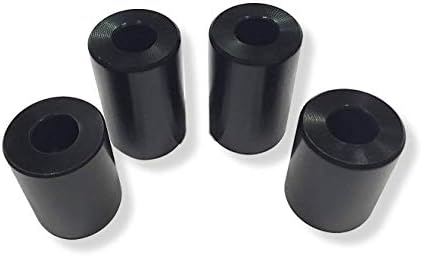 I need to figure out which ones I need for my 2013 E6. The front uppers are shot, the rest are likely not far behind if not already gone.