New upper and lower a arms

Well my a arm bushings are all in need of replacement and I didn’t want to pay the $15 a piece for new ones so I went all out and bought new a arms. Well new used ones, I bought all 4 a arms off eBay for the outrageous price of $40 but at least they threw in the shipping

. I bought a set off of a 98 arctic cat 300 4x4. As you can see from the pictures there not exact replacements, the ball joint is positioned a little higher than the gem one and the shock mounts are a little different but nothing a little cutting and welding won’t fix. Also this will be my chance to lift the gem a little and soften up the suspension a bit, I’m going to move the mount in a little bit. I don’t have the lower a arm off to compare but they look very similar. Note the one on the right is from the gem. 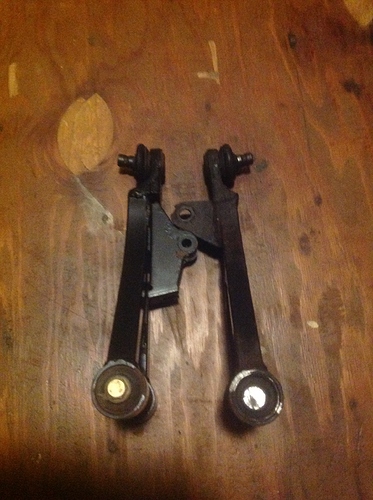 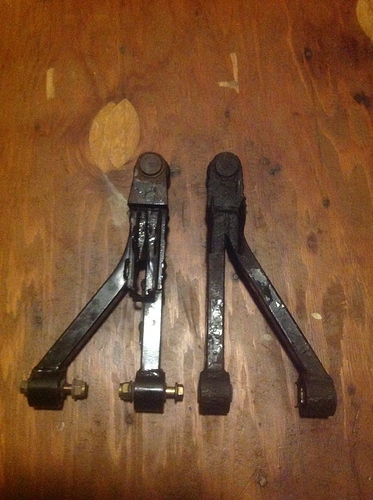 If everything came apart the way it should then yes it would be but the bolts are seized inside the bushings so I have to cut them out, when considering the fight it will be to get the old bushings out and then having to track down new bolt sleeves (which I couldn’t find) I figured it’s easier to weld new shock mounts. I’m quite good with a welder so it’s nothing for me to do. I also figured it would let me know for sure if the front end is off of that wheeler, I also want to make some long travel a arms for it in the future and this will give me the ends for the ball joints and bushings.

That’s Cool, hey just to be clear I was not bagging on ya for “doing Work” I love making mods that make things better. If your new A-Arms are gonna make your car better then I’m all for it. The Long Travel A-arms Sound Cool.
What would be the reason for a wider track?
Is this for a Off Road Gem.

I would love to have the space for a metal shop

No worries grantwest. I just like welding/ fab work instead of fighting with rusty crap. I’d like to make the a arms to allow more suspension travel and longer shocks to give it a better ride. My local roads are bad enough that you might as well be off roading. I can tell you that no matter how big your garage is, it’s never big enough. I had to buy a new garage (and house) because my 1000sf garage wasn’t big enough and my new 4000sf carriage house is already looking like it’s going to be a bit tight when everything makes it’s way in and I don’t even live there yet.